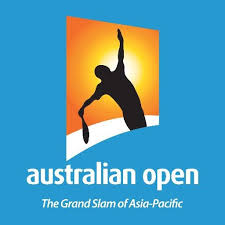 The Australian Open concluded on Sunday as world number one Novak Djokovic strode to an impressive victory over Scotsman Andy Murray.

The win gives Djokovic his fifth Australian Open title and his eighth major championship in total.

It was a similar story in the women’s singles championship with female top seed Serena Williams cruising to a straight sets victory over world number two Maria Sharapova.

The first major tournament of the year has set the scene for both Djokovic and Williams to continue their dominance of the male and female games respectively throughout 2015.

The early rounds of the men’s singles passed without incident; all of the top seeds were winning their games easily. It was in the third round where things got interesting. Second seed and former four-time champion Roger Federer crashed out at the hands of the unseeded Italian Andreas Seppi, losing 3 sets to1.

With one of the “big four” gone early on this left an opportunity for other players to get to the latter rounds. It was Murray and Berdych who capitalised on Federer’s downfall.

The British number one found form that he had not seen for over a year, dispatching Grigor Dimitrov and Nick Kyrgios to set up a semi-final spot against Berdych.  The latter had impressively defeated Rafael Nadal in straight sets in the quarter-final stage.

That was as far as the man from the Czech Republic would go however, as Murray continued to grow in form and confidence, recovering from a first set loss to win 3 sets to 1 and reach the final.

On the other side of the draw it was Djokovic all the way. He waltzed his way to the semi-final without dropping a single set, where he would meet defending champion Stanislas Wawrinka.

Wawrinka became the first person to take a set from Djokovic as the match went the full distance taking five sets to decide the victor. It was here that Djokovic delved into his fitness, determination and mental strength to win the final set 6-0 and reach the final.

And so for the third time, Djokovic defeated Andy Murray in the Rod Laver Arena in a Melbourne final.

The first two sets were gruelling affairs with both players displaying incredible athletic prowess. Djokovic edged the first set in a tie-break 7-6 (7-5) before Murray regrouped and levelled matters in the second, 6-7(5-7).

From here onwards Djokovic upped the ante, breezing through the third and fourth sets as Murray’s second serve capitulated.

It is a record fifth Australian Open title for Djokovic who is now only one behind Roy Emerson, the man he received the trophy from.

It was heartbreak for Murray though, a runner-up in Australia for the fourth time. He can take encouragement from a return to a top four spot in the world rankings however.

The women’s championship proved to be a much more exciting affair. Top ten seeds Ana Ivanovic and Angelique Kerber made first round exits followed by world number five Caroline Wozniacki, who lost to Victoria Azarenka in straight sets.

There was another shock in round three when Petra Kvitova was beaten by the unseeded Madison Keys.

The top players continued to progress however as Williams, Sharapova, Bouchard and Halep put their opponents away diligently to reach the quarter-finals.

Venus Williams also advanced this far, but like Kvitova she lost to the American Keys.

Sharapova knocked out Bouchard in straight sets to set up a clash with her fellow countrywoman Makarova in the semi-final. From there she danced into the final having dropped only a single set in the tournament.

She was to meet her nemesis Serena Williams, who, despite claims of illness, had bashed her way into another Grand Slam final.

Neither player was found wanting in the big occasion as Williams started stronger before Sharapova fought back only to lose 6-3 7-6 (7-5) in a tie-break. In a pulsating match it was Williams’ ability to serve numerous aces which made the difference.

She claimed her 6th Australian Open title, which brings her Grand Slam tally to 19, ever closing in on Steffi Graf’s total of 22. At 33 Williams is coming towards the end of an incredible career, but expect to see her lift another grand Slam this year.

In short the Australian Open proved the Djokovic and Williams are unquestionably the world’s best, and it has also whetted the fans’ appetite for an exciting season ahead.