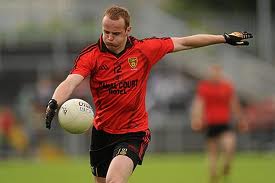 It seems that GAA people talk about change every spring without fail. Player welfare, fixture congestion and the club vs county debate always seem to crop up. These issues are interconnected in different ways, but really these problems all come back to amateurism vs professionalism.

However, in other ways the GAA is already a professional entity. The administrators of county and provincial boards get paid, as do coaching officers, not to mention the farce that is club managers getting “expenses”, that can go well into five figures. Also, inter-county players train as much as, if not more, than some of their professional counterparts in other sports. Not to mention that the GAA has a lucrative deal with SKY, a foreign TV company. 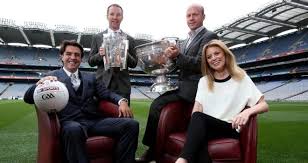 This conflict at the heart of the GAA extends to a number of different areas, one being the fixture congestion that occurs every summer. The manager of the county team will invariably block the club championship fixtures to allow his players to prepare for the inter-county championships. This means that all the senior club players in a county are put on hold for the summer, if not longer, with some clubs going as many as four months between games. This giving the definite impression that the GAA is two different organisations, a professional one and an amateur one, at the same time.

The recent spate of inter county retirements has only has served to highlight the fact that a lot of older inter county players are falling out of love with the game. Players, such as Benny Coulter, Rory Kavanagh and Paddy Keenan, began playing football in a different era, where it was acceptable to go for a few drinks after a match, or where, in Rory Kavanagh’s case, a player would not be asked by his manager to eat eight meals a day.

They grew up with an amateur game, which was not obsessed with winning and which was played simply for the love of it. To these kind of players being a professional and getting paid to play would have been alien and against the ethos of the game they grew up with.

However, the game and the association has changed. Young players, who have been in through underage system and who are starting to play inter-county football, might look at the early morning and late night training sessions, the strict diet, the missed nights out and the stadiums full of supporters, and wonder what is in it for them, as everyone else involved is getting something.

The players do get the GPA grant, but put in context with the sacrifice demanded by the nature of inter-county football, it doesn’t seem like adequate compensation. Not if you are a player like Michael Meehan, amongst the best forwards of a generation, and you have an ankle injury, sustained from playing football, that affects your work and will most likely dog you for the rest of your life.

It is highly unlikely that the GAA teams will start to do less training, or teams will allow the standard of football to decrease now that the game has become more professional. Sports rarely move from being professional in nature to amateur, but certainly not when sports are as popular as in the GAA. The average attendance at inter-county championship matches in 2013 being 19,092, which is more than in professional sports leagues such as the NBA in the United States.

The slide towards professionalism seems inevitable, maybe it’s time the GAA actually started running two organisations; an amateur one for club players and a professional one for inter-county players. This would erase the issues of fixtures congestion, as player would either be amateur or professional and would allow club and inter-county competitions to run at the same time. Also, this would give inter-county players the financial stability and rest time they need, while freeing them up to play more games at that level over the course of the season, which would of course be needed to generate extra revenue.

Professionalism was once against the ethos of the GAA, but that organisation is long gone. It would need to be careful planning, but professionalism is engrained in the nature of the new GAA and it has gone past the point of no return. All we can do now is embrace it.