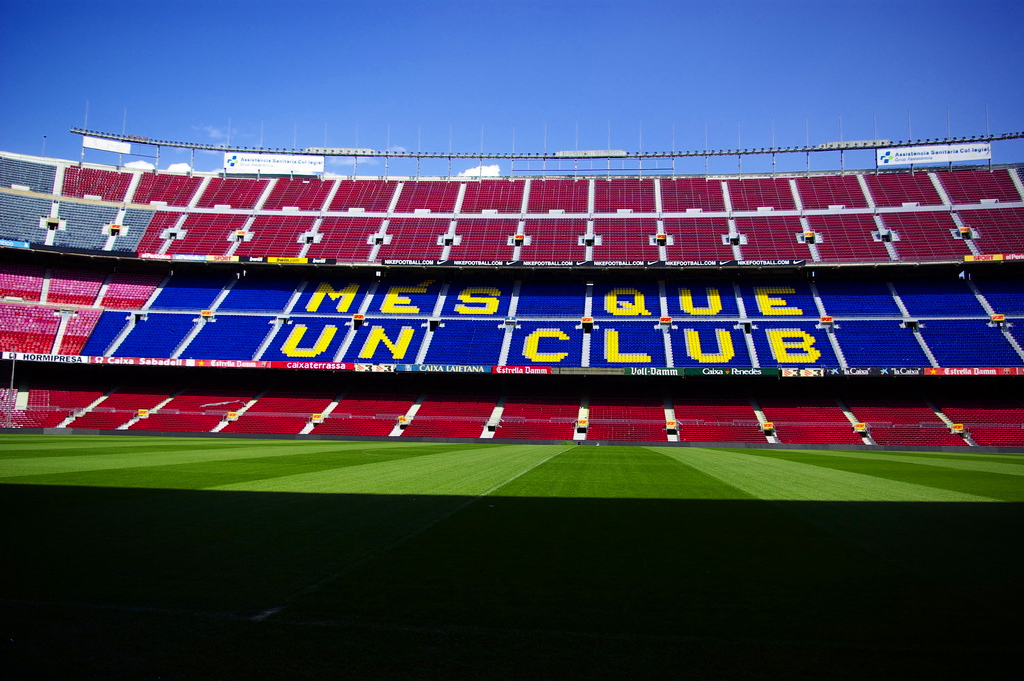 FC Barcelona caused controversy this week and it had nothing to do with players hassling referees, falling over, or biting anybody. It was instead the announcement that for the first time in their 115 year history the Blaugrana’s will change their kit from stripes to hoops. This may or may not sound like a big deal depending on your point of view, but followers of the Catalan club seem to be less than impressed.

Mundo Deportivo (the second oldest sports paper in Europe) simply ran a picture of the proposed new shirt with the headline ‘No Gusta’ or ‘No Thanks’. It said that a massive 78% of people they asked did not like not like the jersey and not just for aesthetic reasons. 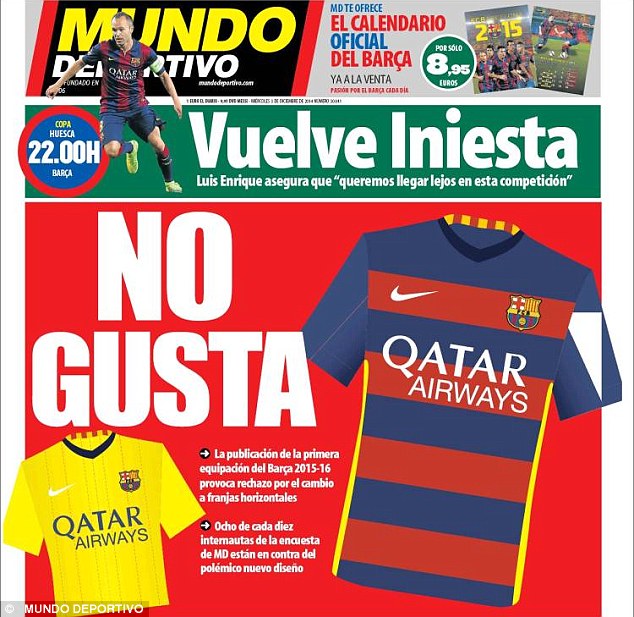 So what’s the problem? Throughout the years Barcelona’s shirt has always had stripes. The number of stripes has varied from time to time, and has even gone as simple as half blue and half red (although, importantly the split was still vertical). Away shirts have varied from black to bright green to fluorescent orange for the club, but there has always been leeway given to kit manufacturers when it comes to away kits and drastically altering the home kit is never likely to sit well with loyal fans.

Barcelona’s current manufacturing deal is with American sports giants Nike. The deal was signed in 2007 and is due to last until at least the 2017/18 season. The deal is reportedly worth about €36.5 million a year to the club. Nevertheless, does this give Nike the right to tamper with 115 years worth of tradition? Or is Barcelona in the wrong for disregarding 115 years of tradition for money?

This isn’t the first time Barcelona have altered their kit cosmetically. In 2006 after 107 years without any advertising (bar the kit manufacturer which has been commonplace for years) they finally succumbed, although to a worthy cause in UNICEF. This was not only good PR for the club but UNICEF also benefited by receiving €1.5 million from the club per year (still only a measly 0.7% of the clubs yearly revenue). This also served another purpose; by introducing a shirt sponsor that was also a good cause and not a large commercial company, they softened the blow of the sponsor itself. 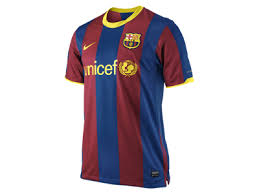 The following season, they switched to The Qatar Foundation; a non profit organisation aimed at improving access to and quality of education, community development, and scientific research, amongst other things. Once again, this did not seem so bad to the fans as it was a non-profit organisation aiming to help and improve different areas of the world as well as once again being good PR for the club. However, just 2 years into this 6 year deal, the sponsorship was switched to Qatar Airlines, their first fully commercial sponsor (and notably the state airline of a country that has since entirely disregarded the sanctity of the sports biggest tournament, the World Cup, through alleged bribing of officials on the World Cup bid judging panel).

The gradual introduction of sponsorship through charitable organisations seemed to soften the blow of their famous jersey being emblazoned with large commercial logos. At present, Barcelona have 4 shirt partners (not including manufacturers Nike); Unicef, Qatar Airways, Beko and Intel.

The simple question is why are Barcelona sacrificing tradition for money? Well, quite simply, despite being one of the largest earning clubs in the world and having the huge majority of television revenue in Spain alongside Real Madrid, they’re said to be in about half a billion Euro worth of debt. So in a sense, if Nike offer hoops instead of stripes, economically speaking, Barcelona are in no position to argue.

Certainly it is a difficult time for Barcelona. With rumours of talisman and one of the all time greats, Lionel Messi, wanting out (a thought unfathomable until very recently, still unthinkable for many), crippling debt, a 2 year ban from transfer activity, and a general decline in power and form from the great team of Pep Guardiola’s reign, throwing tradition out the window in search of money is perhaps a sign of desperation from a club that not too long ago could have been considered one of the best of all time, as well as one of the most honest. Mes Que Un Club? Not anymore.