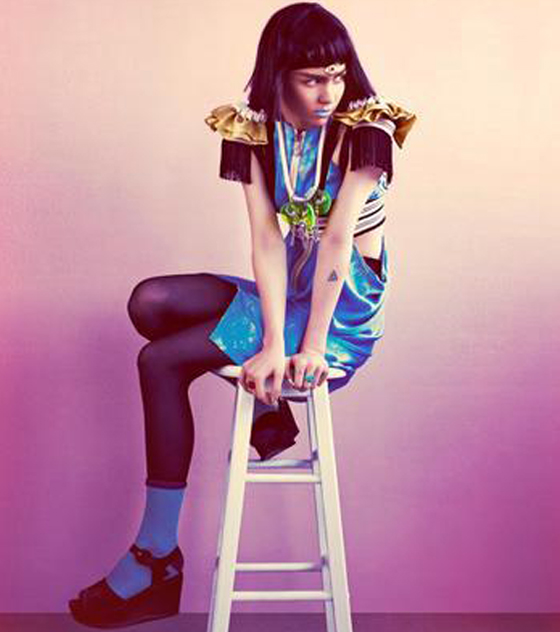 A new year brings new albums, and Sin takes a look through the year’s most anticipated releases.

London label PC Music had a gleeful sugary romp through 2014. Their songs take society’s shallowest traits (internet banality, vacant marketing and cheap sentiment) and blow them up to monstrous proportions. See QT’s (an actress hired by producers SOPHIE and A.G. Cook to front a fictional popstar) Boiler Room set as the best example of this in action. It was left to writers to argue whether the label was critiquing these phenomena or happily revelling in them, but they were still easily one the most interesting developments of the year. However, 2015 is a new game. Previously they’ve stuck to singles, but now label star Hannah Diamond is set to release an album this year. It’s time to see how PC Music’s thinking translates to the longer format.

DIIV’s debut Oshin got a lot of acclaim on its release in 2012, but it’s been a rough time for band leader Zachary Cole Smith since then. He was arrested for heroin possession in September 2013, and found out that his bassist Devin Ruben Perez had been posting racist, sexist and homophobic comments on internet cesspit 4chan. So the pressure is on to get some good publicity, and there’s no better way to do that than with a new album as good as Oshin. Something should be out at some point this year.

It’s been a weird year for Grimes. She’s only released music sporadically since 2012 album Visions, but still seems to never leave the news cycle. The year in Grimes has featured her statements on socks with sandals, the ice – bucket challenge, and a Twitter spat with Ariel Pink over the relative merits of Madonna. She also released a new single, ‘Go’ (written for, and turned down by, Rihanna), which was received rather unenthusiastically by her fans. She’s since scrapped an album’s worth of music (because, in her own words, it “sucked”) and has begun to write again, with a view to getting the follow – up to the critically – acclaimed Visions out in 2015. The pressure’s on for an undoubtedly talented musician.

Hey, what do you think you’ll be doing when you’re 74? Probably not taking up DJ – ing, but that’s exactly what legendary producer Giorgio Morodor (CV: songs with David Bowie, Donna Summer, an electronic rescoring of Fritz Lang’s Metropolis and more). After working with Daft Punk on their album Random Access Memories to career – reviving effect in 2013, Morodor is releasing his first album in 30 years in 2015, and he’s titled it 74 is the new 24, as a direct challenge to all you twenty – somethings who struggled to get off the couch today. He’s old enough to be your granddad, and still probably goes to cooler clubs than you.