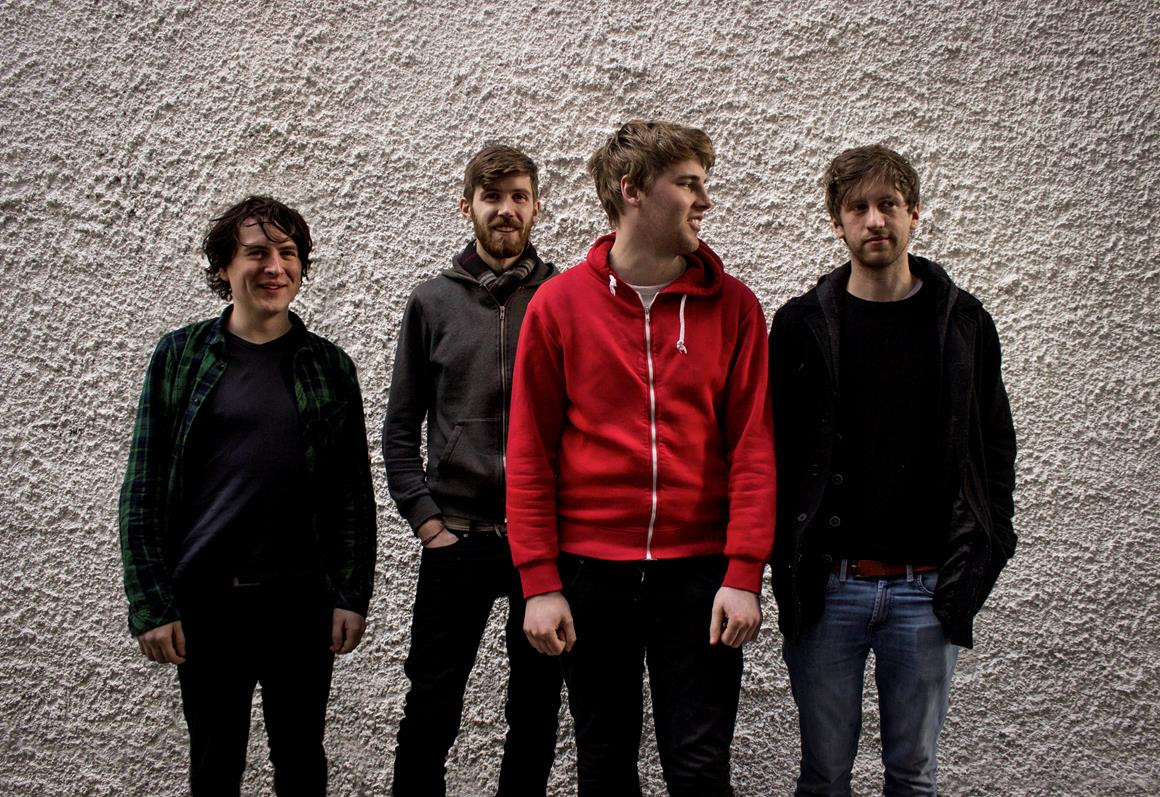 NUI Galway, as the observant among you may have noticed, is based in Ireland. And it’s currently the first few days of 2015. So we have decided to combine these two facts into one big ball of current relevance, and bring you Sin’s guide to Irish bands to watch in 2015.

Girl Band have been hotly tipped contenders for a while now. They built up momentum steadily after releasing the scouring, abrasive France 98 EP in 2012, and their 2014 singles ‘Lawman’ and ‘De Bom Bom’ drew attention from indie journalism’s big hitters like Pitchfork and Stereogum. ‘De Bom Bom’ sounds like a jaded machine gun going through a breakdown, with Pitchfork describing it as “punk rock as a symphony of convulsions and tics”. They tore the Róisín Dubh to tiny little shreds when they played there in October, and rounded off their year by signing to seminal UK label Rough Trade (The Smiths, The Stokes, Warpaint). A debut album is due this year.

All Tvvins (pronounced All Twins) is a collaboration between Lar Kaye and Conor Adams, formerly of Adebesi Shank and The Cast of Cheers respectively. They sound like a corroded version of the Cast of Cheers’ dance – indie, Adams’ distorted vocal sitting precariously on top of tight, locked – in riffs. Nothing has been officially released yet, so we only have a few live studio versions to go on, but it would appear that they have big things planned for this year.

Meltybrains? are one big gloopy pile of odd. They’re an experimental five – piece from Dublin who list their hometown as “Meltybrook” and their main influence as “Chocolate Sauce”. Paint, masks and capes all fit into the Meltybrains? aesthetic mix. Tracks like ‘IV’ start off tentatively, before building up into an enormous psychedelic weight, a collage of curious noise and exploratory rock fuzz. ‘IV’ is part (along with the track ‘Donegal’) of a double A – side release that will be out in February.

Elastic Sleep are a band from Cork who play a kind of menacing shoegaze, a juxtaposition of singer Muireann Levis’ light, wispy vocals and heavy – weight guitars. The band’s latest single, ‘Slip’, is an especially good example of this style. It starts off with a rumbling Kim Deal – inspired bass-line before descending into chaos and squall. They also do a pretty spectacular cover of Bond theme ‘You Only Live Twice’. They put out a well – received debut EP, Leave You, on FIFA Records last year, and more is due in 2015.

Not Squares are a Belfast trio who specialise in slick electronica, described by The 405 as having “minimalist arrangements […] infused it with hyper – kinetic grooves”. Their new single ‘Oops Say Hi’, is a warped journey through Justice – style robotic dance, Animal Collective weirdness and a healthy dose of bass riffs. Their second album, Bolts, will be released in spring on new Galway label Strange Brew Rekkids.