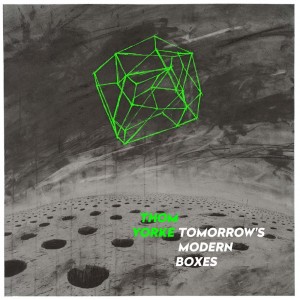 What people are calling Thom Yorke’s new ‘secret’ album, which he released via peer-to-peer protocol BitTorrent, is some sort of old dog’s attempt at learning new tricks. Instead of aging with the grace that rock personalities like Dave Grohl or Josh Homme have, and embracing the comeback of vinyl and simplicity in an ever-losing battle against the evils of bubbly pop-rock, social media and reality TV, Yorke refuses to play ball.

The entire album reeks of a try-hard attempt to recapture the once great electronic sound that Radiohead boasted in the early to mid 00’s, mixing Trent Reznor-like samples with the alternative, melodic sound the band already sported on albums like Kid A and In Rainbows. Instead of writing another great synth-based record, Yorke hires the lesser of the Greenwoods, Colin (the older brother of Radiohead guitarist Johnny Greenwood), to press buttons and create deep and moderately melancholic beats and drones while Yorke smears falsetto all over the stale sandwich that is Tomorrow’s Modern Boxes. Maybe he should have just followed in the footsteps of Reznor and started writing film scores.

The days when Yorke’s lyrical and vocal delivery made him something of a voice of a generation have long since passed. Oh, how I long to hear the angst and frustration of that infamous and desperately honest chorus (“You do it to yourself, you do, and that’s why it really hurts”) from ‘Just’, as he flails his arms around his 5 foot 6’ stature, looking like a well-placed dwarf next to his towering, hunched – over partner Greenwood who he aggressively strums end of the world sounding ascending octaves, making the hairs stand on our backs of our necks and assuring us that there is nothing but more inspirational and breath-taking work to come.

Tomorrow’s Modern Boxes shatters these dreams of ours, as Yorke’s vocal lines are too irregular to put us to sleep and too tedious to hold our attention long enough to weed through the extremely unnecessary amount of falsetto to hear the over simplified and washed up lyrics. Don’t get me wrong, Yorke’s higher pitched vocal lines are both iconic and heart-warming. ‘High and Dry’, ’15 Step’ and ‘Fake Plastic Trees’ are all some of my personal favourites, which is why, as a massive Radiohead fan, I was both shocked and saddened to have to listen to one of the great alternative – rock icons release material like opening track ‘Brain in a Bottle’ or ‘Interference’, which sound like B-sides of what I hope will be an exceptional ninth studio album by Radiohead.

Despite not being the worst of albums, or even a bad album, I would have expected more from Thom and am sure all will be redeemed with the release of the Radiohead’s next album. Maybe he needs Greenwood? Johnny Greenwood that is. Maybe he simply writes and performs better when inspired by his fellow band-mates? For now, all we can do is pray.