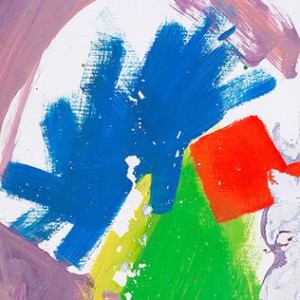 How does a band one-up their Mercury Award winning debut album? They have their sophomore album reach number one in the UK Album Chart of course. This is exactly the feat that indie and electronic rock band Alt-J (∆) have achieved with the stunning This Is All Yours.

Fans were left wondering what the future of the band would hold after the amicable departure of founding member and bassist Gwil Sainsbury in January of this year. However, any fears which may have arisen as to the quality of the band’s second album have been adequately quashed.

This Is All Yours continues right from where their debut An Awesome Wave left off. It takes all of the unique and distinctive sounds present in their first album and develops them further. The album, of course, starts with an ‘Intro’. It is a constant barrage of synthesised choral or monastic “lalalala” chanting samples building up to singer Joe Newman’s distorted vocals and guitars, which wouldn’t sound out of place in an Indian marketplace.

Acoustic guitar and piano pervade the album which also features snippets of violin, woodpipe, church bells, birdsong and other nature related samples. The tracks are warm and melodic – sublimely textured and an honest pleasure to the ear. However, the album is noticeably less aggressive and schizophrenic than their first with the clangy, in-your-face twangs of old songs like ‘Fitzpleasure’, ‘Tessellate’ and ‘Bloodflood’ absent in favour of softer and more peaceful tracks like ‘Arrival in Nara’, ‘Nara’, ‘Pusher ‘ and ‘Leaving Nara’ on the new album.

The most easily marketable and catchy songs from the album come in the form of the incredibly sexually suggestive ‘Every Other Freckle’ and the Black Keys-esque ‘Left Hand Free’. The latter song’s honky squawkbox blues mark a departure from the band’s established sound but perhaps suggest their willingness to experiment with other genres.

The obvious highlights of the album come from its lead single ‘Hunger of The Pine’, which features an odd but strangely suitable sample from Miley Cyrus’ ‘4×4’ and ‘Bloodflood pt.II’ – a song that explicitly encourages you to slowly nod your head in ecstasy. But Alt-J also leave a hidden gem in their final song, ‘Leaving Nara’, by including a cover of Bill Withers’ ‘Lovely Day.’ This unexpected but nonetheless welcome cover perfectly rounds off what is undoubtedly a pleasurable listening experience. The only question left now is how they can improve further.