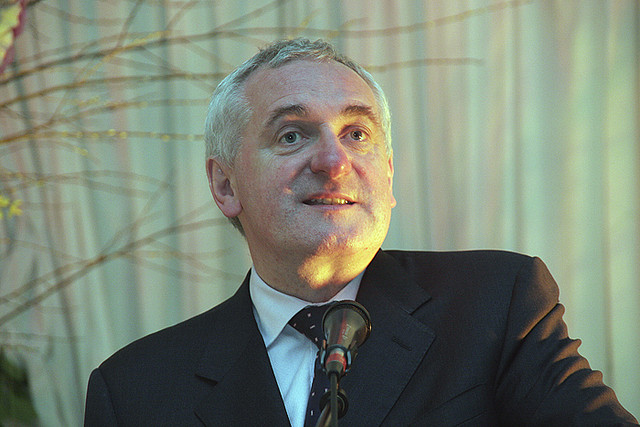 “Paddy, don’t you know the Baileys? Good old boys in a big tent at the races.”

These are lyrics from Bell X1’s ‘Sugar High’: an ode to Fianna Fáil’s tent at the Galway races occupied by Bertie and his boys once upon a time.

When the former Taoiseach’s successor Mr Cowen took the reins he decided the party would not be setting up camp anymore, hoping to put an end to the era of corruption and cronyism driving Ireland’s political system.

However, like the cigar stains and stray fifties littering Ballybrit in its aftermath, cronyism is as embedded into our culture as Riverdance.

The practice of appointing friends to a position of authority without regard to their qualifications is not a new phenomenon or one solely confined to the political spectrum. Favouritism towards friends and family in employment is a worldwide occurrence and one which cannot be eliminated by a mere slap on the wrist.

We see cronyism and its cousin nepotism (appointing family to positions) everywhere from the local shop to the courts system to the highest ranks of government.

Although not technically prohibited, it’s certainly frowned upon and in the rare instances it comes to light, it becomes a national scandal.

Look at the recent McNulty affair; a prolonged nightmare for Enda Kenny which resulted in him actually taking the blame for something he did wrong – and then denying it the next day.

John McNulty, a Donegal businessman, was appointed to the board of the Irish Museum of Modern Art (IMMA). Taking that matter on its own it would not be of interest to anyone. Indeed it appeared to be of no interest to McNulty, who did not attend a single meeting of the board and was nominated to run in the Seanad by-election for Fine Gael a few days later.

What seemed like an enlightened career move was alleged to be a political stroke for Fine Gael, who were thought to have planted McNulty in the IMMA to fulfil the cultural credentials required to fill the vacant Seanad seat.

It additionally led to further uncovering of political connections getting appointed to various boards across the country, of wives doubling as secretaries and dogs moonlighting as accountants – the last one is currently unconfirmed.

This robs potential applicants of their chance of getting a job which has already been filled before it even went through the technicality of public advertisement.

In the wake of McNulty-gate there has even been expression of frustration among members of Fine Gael, who were not satisfied with the candidate’s resignation from the electoral race alone.

Independent TD Shane Ross has called for reforms to resolve these problems, including a more publicly scrutinised process of filling semi-state body vacancies, but the onus is on the electorate to create the simplest deterrent to cronyism.

Only a few weeks after the most recent controversy has ended, people have already abandoned their sitting room protests and those angry tweets remain but a memory.

Perhaps people are afraid to argue as many have got their foot in the door somewhere thanks to a trusty network of contacts or convenient family tree.

Regardless, the public deserves more from representatives that they elect, but the most recent controversy has already been dismissed in the blasé “meh, what’s for dinner?” mentality.

It hasn’t even been a slap on the wrist, more of a ruffling of Enda’s hair like a young whippersnapper who has been a bit bold.

For the foreseeable future the schoolyard politics of ‘jobs for the lads’ will continue, safe in the knowledge that by next week the teacher will have forgotten that it all happened.