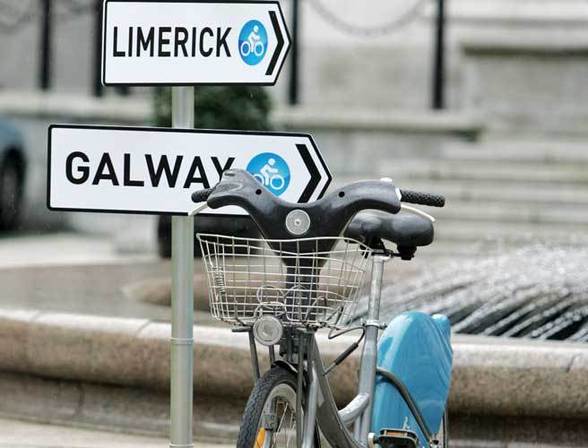 Galway City Council has yetagain shown its incompetence in city planning, this time with the proposed bike rental scheme.

The scheme was announced in spring of this year alongside matching schemes in Cork and Limerick. The system was supposed to be up and running by the middle of the summer, in time for tourists to avail of it.

By July the council were only releasing their plans for the 19 docking station locations which were met with widespread discontent from the public.

Many complained that there was no service to the suburbs. Each of these docking stations is located in the city centre with the two stations furthest from Eyre Square being University Road and Father Griffin Road by GTI.

These plans completely ignored the various suburbs that are a perfect cycling distance from the city centre such as: Shantalla, Salthill, Knocknacarra, Westside, Mervue, Newcastle and Renmore.

If that wasn’t bad enough a recent City Council revealed that work is to cease on the stations at University Road, Father Griffin Road and Merchants Road because they have been designated as unsuitable.

In a city where most people live within cycling distance of their school or work, and traffic congestion is out of hand every morning, the local council have failed time and time again to commit to encouraging people to cycle.

In the past councillors did mention a phase two that may be rolled out if the plan is successful, expanding stations to the suburbs.

But how will the scheme ever be successful if the bikes are all located in the city centre? Who will use them? Why start it now in mid-October when people will be less likely to use the bikes because of bad weather?

Any attempt I made to ask these questions to anybody involved in the city council was rejected and I was told they would “call me back”. They never called. If you feel strongly about this, or any other issue I suggest you attempt to contact one of the councillors to voice your opinion.