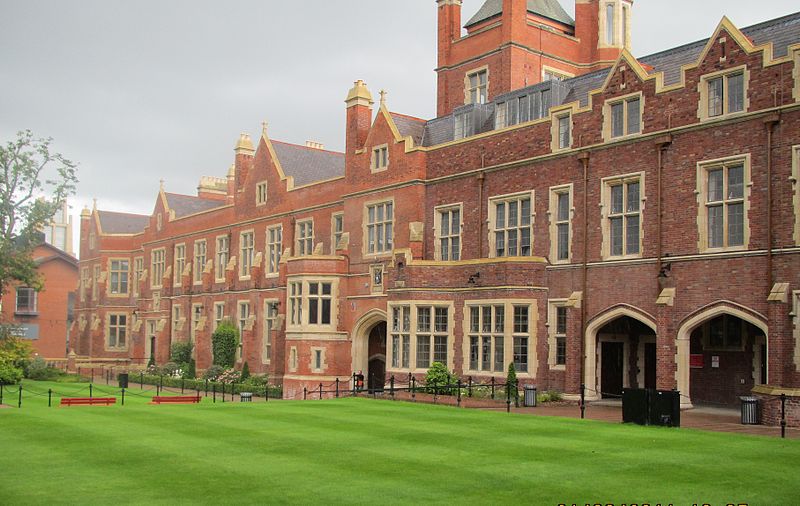 Queen’s University Belfast’s branch of Sinn Féin recently petitioned for a referendum on a United Ireland at the educational institute.

To successfully call for a referendum, 2.5% of the student body need to sign a petition. Sinn Féin easily surpassed this number with a collection of over 700 signatures.

All that is to be required is the submission of the petition to the Students’ Union and the referendum will be triggered within nine days.

But before the President of QUB Sinn Féin, Seán Fearon, has had the opportunity to put forward the list of signatures, the discontent disseminating from those of a unionist persuasion has been deafening.

QUB Sinn Féin have been accused of creating a ‘cold house’ for Protestants at the university. Unionist politicians have weighed in on the debate.

Stalford, a graduate of Queen’s himself, stated; “This is a flagrant and sectarian attempt by Sinn Fein Youth to re-institute a cold house environment for students who are from a unionist background.”

This rhetoric was reinforced by chair of the Ulster Unionist Society, Sky Aughey. She believes; “Sinn Féin’s sole objective seems to be to weaken and divide the Students’ Union by focusing on divisive issues.”

“The referendum has nothing to with religion or trying to be a destructive force in the Students’ Union. It is simply giving students an opportunity to show their support for a United Ireland,” he said.

Fearon also called for Aughey to engage in debate over the referendum where both sides can air opinions on the United Ireland question; a request to which unionists so far have failed to respond.

The main issue at hand here is not the referendum’s question over whether there should be a United Ireland, but the reluctance of unionists to entertain any idea that does not fit their closed agendas.

The unionist politicians who are calling for the Vice Chancellor to block the referendum are the same people who instigated the loyalists’ flag protests of 2012, costing Belfast hundreds of thousands of pounds in trade, not to mention the amount in damage. This was after a democratic decision was taken to only fly the Union flag on designated days.

When asked if Queen’s University were to stop the referendum taking place Fearon said; “They would not accept it and would go out and get another 700 signatures for the referendum to go ahead.”

Whether you are in favour of QUB Sinn Féin’s political ambitions on the United Ireland question or not, democratic citizens everywhere should be supportive of students’ rights to hold a referendum.

They have followed all the procedures correctly in triggering a referendum and should not be denied their democratic right just because it may not sit well with other people’s ideals.

If the Students’ Union and Vice Chancellor, Patrick Johnson, caves in to unionist pressure, it will not only be a defeat for QUB Sinn Féin but a defeat for democracy.