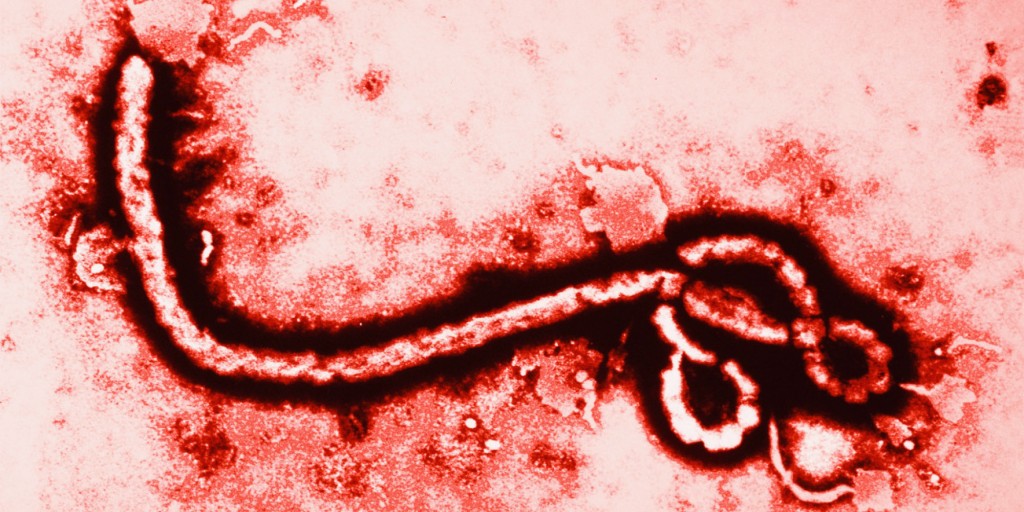 The World Health Organisation has announced that deaths from Ebola now stand at over 4,900. With a little over ten thousand reported cases, the virus has a fatality rate at this time of over 50 per cent.

Many people on this side of the world would only have become acutely aware of the Ebola outbreak in recent weeks with cases being reported in Europe and America. However, this crisis has been gathering momentum for eight months now.

On 25 March the CDC first reported cases of Ebola in Liberia, Sierra Leone, and Guinea. By July the situation had escalated to a level that forced The Peace Corps to withdraw its volunteers from these countries.

In August two American health workers, Dr. Kent Brantly and Nancy Writebol, who contracted the virus while treating patients in Liberia, became the first westerners to be repatriated for treatment.

On 8 August the World Health Organisation called for a coordinated global approach to tackling the disease.

In September – over six months after the outbreak of the virus – President Obama declared that the United States was prepared to lead the fight against Ebola.

On 30 September, the first case of Ebola in the US was diagnosed. Thomas Eric Duncan arrived in Dallas from Liberia to visit family. He died four days later.

On 6 October, Spanish nurse Teresa Romero became the first person to contract the virus outside of Africa. Ms Romero contracted Ebola while treating Fr Manual Garcia Viejo who had been repatriated from Liberia for treatment.

On 15 October it was announced that Amber Joy Vinson, an American nurse who had also treated Mr Duncan, had contracted Ebola.

On 16 October an Air France plane was isolated at Madrid airport because of a suspected Ebola case. One of the passengers on board reported having a fever. The passenger had travelled from Lagos, Nigeria.

The manner in which Ebola attacks the human body is what makes it such a deadly disease. The virus first attacks dendritic cells within the immune system. If this was a common virus, these cells would respond to its attack by sending messages to other cells to produce anti-bodies.

Ebola blocks these messages and in doing so tricks the immune system into believing everything is okay. It then spreads and replicates at an alarming rate. It enters the blood stream and infects the whole body.

It is only when cells begin to die that the immune system reacts to the attack. However, it does so in such an aggressive fashion that it causes blood vessels to leak far more than normal, causing haemorrhaging both internally and externally.

National governments and the WHO have done their best to ease peoples’ worries. Measles, they point out, is nearly nine times more infectious than Ebola. However, a series of initial gaffes and a lack of faith in security procedures have left some feeling uneasy.

The screening process initiated in airports in America and the United Kingdom in the wake of this crisis, for instance, actually served to highlight the lack of control health officials were capable of exerting at that time. These checks appeared futile due to Ebola having an incubation period of over twenty days.

It was also reported that Ebola patient Amber Vinson boarded two flights within the US the week she reported feeling ill. US news channels quoted an anonymous federal official who claimed Ms Vinson asked the health authorities for advice and they approved her journey.

Recent Sky news reports have shown that treatment centres in the worst affected areas in Africa are overwhelmed. They lack the necessary equipment, man power, and facilities to sufficiently tackle the problem.

One such centre opened in central Liberia in the past few weeks. It has 50 beds available to patients in a country that has had close to 2,500 deaths. It was cleat that the world’s response to this crisis had not been quick enough.

Western powers have now woken up to the serious nature of the problem confronting them. Aid is flooding in from countries all around the world.

Recognised personalities have become involved in the push for funds. Facebook founder Mark Zuckerberg announced that he will donate $25 million to the Centre for Disease Control Foundation to help fight Ebola, while David Beckham has added his voice to public appeals for donations.

A US Congressional Investigative Committee recently informed health officials that there is a desire among the American public and politicians to initiate a travel ban on flights into the country from West Africa. Health officials advised against such a move, fearing that doing so would encourage people to sneak into the country undetected and unchecked.

However, the US has imposed further flight restrictions on passengers travelling from the worst effected areas in West Africa. Beginning on 23 October, people travelling from Sierra Leone, Guinea, and Liberia were directed to one of five major US airports now conducting more extensive tests for the virus.

These people will also have to report their daily temperature for 21 days after arriving in the country and stay in close contact with health workers. If they fail to report to the relevant authorities they will be sought out for testing.

On arriving at one of these airports, they will also receive a pack that includes a log book for monitoring their health, a thermometer, and an information book detailing and describing symptoms of Ebola.

However, preventing the infiltration of the US by Ebola is proving to be a tiresome task. On 23 October American doctor Craig Spencer tested positive for the virus in New York. Mr Spencer had been treating Ebola patients in Guinea.

It also emerged that the doctor had travelled publicly since his return to America, taking the subway from Manhattan to Brooklyn on 22 October to go bowling and catching a taxi home after.

On 24 October, states including New York, New Jersey and Illinois introduced a mandatory quarantine of 21 days for all medical professionals returning from treating Ebola victims in West Africa. This policy has been met with heavy opposition including from President Obama himself.

The White House is worried that mandatory quarantining could dissuade much needed doctors and nurses from travelling to West Africa to combat Ebola. The first member of the medical profession to be quarantined under this new policy, Kaci Hickox, has threatened to sue the state of New York.

As a result, the governors of New York and New Jersey issued a statement on Sunday that said people returning from the worst effected areas that did not show Ebola symptoms on arrival could remain in their homes for the duration of the enforced quarantine.

It continues to be troublesome that no uniform method of controlling the spread of Ebola has been agreed upon by senior government officials in America and worldwide.

The key to fighting the virus may lie in the blood of those who have survived it. Dr Kent Brantly was cured of Ebola by a plasma transfusion from a fourteen-year-old boy who had recovered from the virus while in his care.

Nina Pham and Amber Vinson have been treated in the same way. Pham has since been declared Ebola free. It has been reported that Amber Vinson is also no longer testing positive for the virus. Dr Craig Spencer has recently been given a plasma transfusion from aid worker and Ebola survivor Nancy Writebol. He remains in a serious condition.

The US now has an Ebola survival rate of well over 80pc. It would appear that the standards of its health system are winning the battle against the virus. This is sure to throw open a debate regarding the quality of life and health care in the not so affluent African nations.

At home in Ireland there has been several scares related to the virus. On October 21, a Nigerian woman was rushed to the Isolation Unit at the Matter Hospital after calling 999 and reporting a fever to health officials. She later tested negative.

The United Nations warned recently that the world has 60 days to beat this virus. The head of the UN’s Mission for Ebola Emergency Response, Anthony Banbury, told the Security Council; “We either stop Ebola now or we face and entirely unprecedented situation for which we do not have a plan.

What is certain is that a coordinated international effort is urgently required to eradicate what has quickly become the greatest public health challenge the world has encountered in modern times.

Ebola has had a six month head-start. Now it is up to the world to catch up.