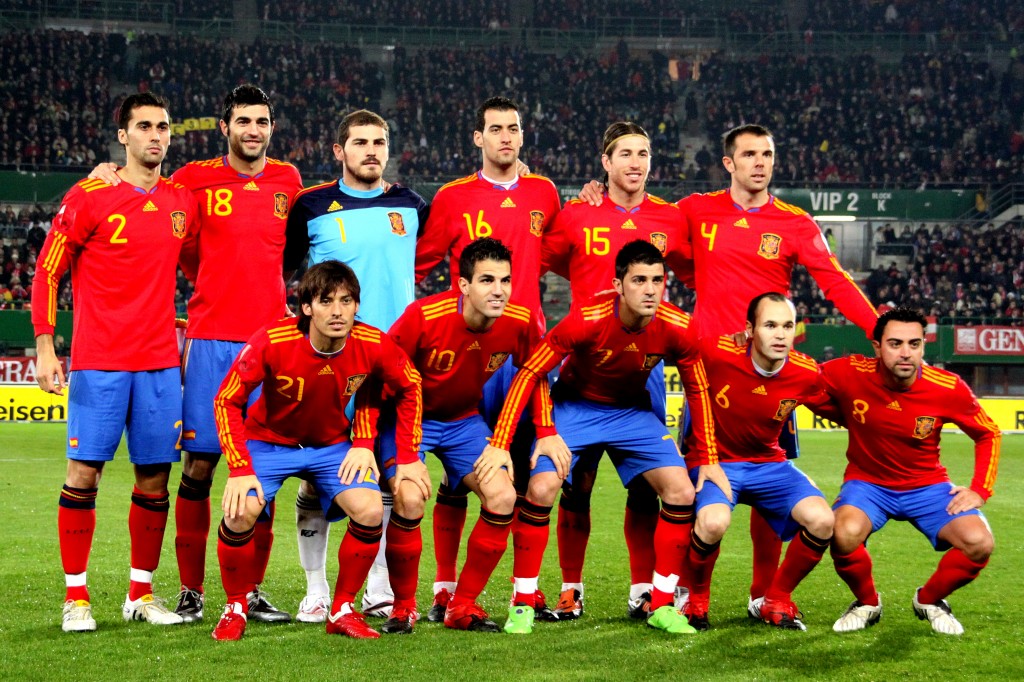 Spain’s demise has been well documented after their disastrous World Cup campaign this past summer. They had gone eight years unbeaten in qualification for two World Cups and a European Championship. That record came crashing down in Slovakia earlier this week.

Despite having only 35% of the ball, mustering only three shots on goal and only three corners through the 90 minutes Slovakia came away 2-1 winners against the current European Champions.

The talk of the “death of Tiki-Taka” may be a tad dramatic, but it is clear that national teams have finally figured out how to play against Spain. Teams have exploited Spanish profligacy by sitting deep, defending resolutely and hitting La Roja on the break. Netherlands, Chile, France and now Slovakia have shown that Tiki-Taka is no longer the potent weapon it once was. A point evidenced by the fact these sides have defeated the Spanish despite holding superior possession in every single one of those games.

Possession football is only good if you can put the ball in the net.

Del Bosque is not utilizing the players at his disposal in a system that actually works. Diego Costa, a player of impeccable calibre, is scoring on a weekly basis for Chelsea yet looks totally misused on international duty. For the Blues he has scored nine goals in seven games and is a livewire in the formation adopted by Jose Mourinho’s men. But when he plays for the national side, he cuts a frustrated, uninterested figure in a Spanish system which leaves him isolated.

The status quo has been the biggest enemy of Spain and problems in team selection were evident in Brazil Three players started for Spain against Slovakia that did against Sweden eight years ago (Casillas, Fabregas and Iniesta) it is abundantly clear that their Goalkeeper/Captain needs to be dropped.

The performances of Iker Casillas, in particular, will be of huge concern. His gaffe ultimately cost Spain the game after Juraj Kucka’s freekick bewilderingly eluded the keeper, who inexplicably dived past the ball. Casillas’ woeful form has carried forward from the World Cup and it is something Spain need to act decisively on. David De Gea’s continued omission seems utterly inexplicable.

Del Bosque’s loyalty to both possession based football and his Captain have being brought into question lately. On paper the Spanish 11 is amongst the worlds’ strongest, but in the current system the talent at Del Bosque’s disposal aren’t being used correctly. A more direct style is needed if teams are consistently sitting deep and soaking up the possession based on pressure and hitting them on the break. Mistakes happen, but not learning from them is unforgiveable.

Spain have been gifted a relatively straightforward Group. Slovakia and Ukraine the only teams really capable of posing a threat but with France and Belgium improving, Germany having obscene squad depth and both Italy and England currently pushing through youth Spain need to adapt to survive.

Perhaps adapting requires both changes on and off the field.