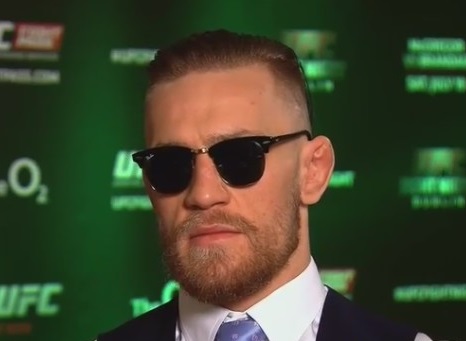 Conor McGregor has at last proven his worth against a world-class opponent in the octagon, writes Jack Leahy.

The young Irishman’s doubters have been silenced after an explosive victory against the number five-ranked featherweight in the world, Dustin Poirier.

It took only one minute and forty-six seconds for McGregor to connect with a left hook to the side of Poirier’s head, dropping the twenty-five year-old Louisiana native to the mat.

There was something of a stunned disbelief among the American crowd who watched on. Contrast that to the wild Irish contingent who made up a whole ten percent of the audience in Las Vegas on Saturday night, despite the fact that Mcgregor-Poirier wasn’t even the main fight on the card.

They had come to see the feisty Irishman make good on his promise to knock ‘The Diamond’ out in the first round, and he delivered in style.

To understand McGregor’s meteoric rise to the top, one has to witness his all-consuming drive and passion to be the very best.

Hearing the Dublin native speak in interviews throughout the past number of years is in parts equally fascinating and inspiring. The proud Irishman makes it clear in his every word and action that he has always known that he is the future world champion.

He has been described in the past as arrogant. But what few had managed to figure out is that he is one hundred percent able to back his talk up. He has spent so little time in the octagon up to this point that nobody was quite sure what to make of the cocky featherweight.

McGregor, in reality, is an extremely hard worker who has a love, bordering on obsession, for mixed martial arts. He has said in the past that he finds it hard to concentrate on everyday activities, such as watching a movie, because he is constantly consumed by fighting, always analysing the sport in his mind. His strenuous training regime ensures he is in peak physical condition and his skills are kept razor-sharp.

It appears to be his belief in his own hard work that makes McGregor so confident. Ever since he was taking small time fights in Ireland, it looks like McGregor has known he trains to be the very best, and his rapid rise to the UFC has proven this.

Prior to Saturday night, however, many were skeptical of Conor McGregor’s ability in the octagon. He had never fought a truly world-class opponent in his professional career and, despite the fact that he is the current Cage Warrior’s Fighting Championship featherweight and lightweight champion, he had yet to prove himself in the Ultimate Fighting Championship, which boasts the best fighters in the world.

His opponents to date didn’t strike anyone as the calibre of fighter McGregor would have to face if he wanted a shot at the UFC featherweight title. Marcus Brimage, Max Holloway and Diego Brandao, whom McGregor had relished talking down and subsequently destroying, were seen by few as a reasonable challenge to any fighter with ability.

Despite not yet having had a real test of skill, McGregor soon became a regular headline-maker in the UFC. His notorious trash-talking in the buildup to every fight became a regular source of bemusement for the top level fighters in the division and the American media at large. There was no secret made about it, McGregor was on a mission to dismantle every fighter in his weight division.

The bemusement, however, quickly turned to a guarded interest as McGregor impressed in a number of his early bouts. A quick knockout victory against Marcus Brimmage in his debut UFC fight and an easy decision-victory against Max Holloway as a follow-up announced his intention to rise to the top.

When he headlined a hometown fight against the dangerous Brazilian jiu-jitsu expert, Diego Brandao, and annihilated him in a matter of minutes, the world at large began to take notice. McGregor was now not only predicting the result of his fights, but also the round they would end. He was quickly becoming a household name.

It is undoubtedly the quick wits and aggressive style in interviews towards his peers that allowed McGregor to book the fights he did and rise through the ranks as quickly as he did. He is a huge ticket-seller for the UFC, a point which was highlighted when the UFC came to Dublin and sold out within hours of being released.

After just three fights against low ranked opponents, McGregor was ranked number nine in the world in his division, a point of much contention among the other featherweights, particularly Dustin Poirier. Poirier wanted nothing more than to stop the “hype-train” around Conor, and relished the thought of shutting McGregor’s loud mouth in the octagon.

Poirier commented that he had “never disliked anyone he has had to fight as much” as McGregor, a comment which was met with laughter by the Irishman.

This is the effect which he has had on many of his peers, who are now clambering over each other for a shot at the twenty-six year-old Dublin man.

After Saturday night’s dismantling of Poirier’s challenge, many are pointing towards a title-shot for Conor McGregor in the very near future. He is doubtlessly the most exciting fighter the featherweight division has ever seen, both in his ability to talk like Ali and his fantastic striking prowess in the octagon. Dana White himself, president of the UFC, said he’d “never seen anything like it” at the post-fight press conference in Las Vegas.

The sky appears to be the limit for the brash Irishman, and it’s clear his rise to the top is not over yet.