Muggles who never received their long-awaited Hogwarts letter can thank NUI Galway’s Potter Soc for bringing the legendary School of Witchcraft and Wizardry to Galway City. NUI Galway will host Ireland’s only Harry Potter Convention which will take place over three days from 31 January to 2 February in the Bailey Allen Hall, NUI Galway. 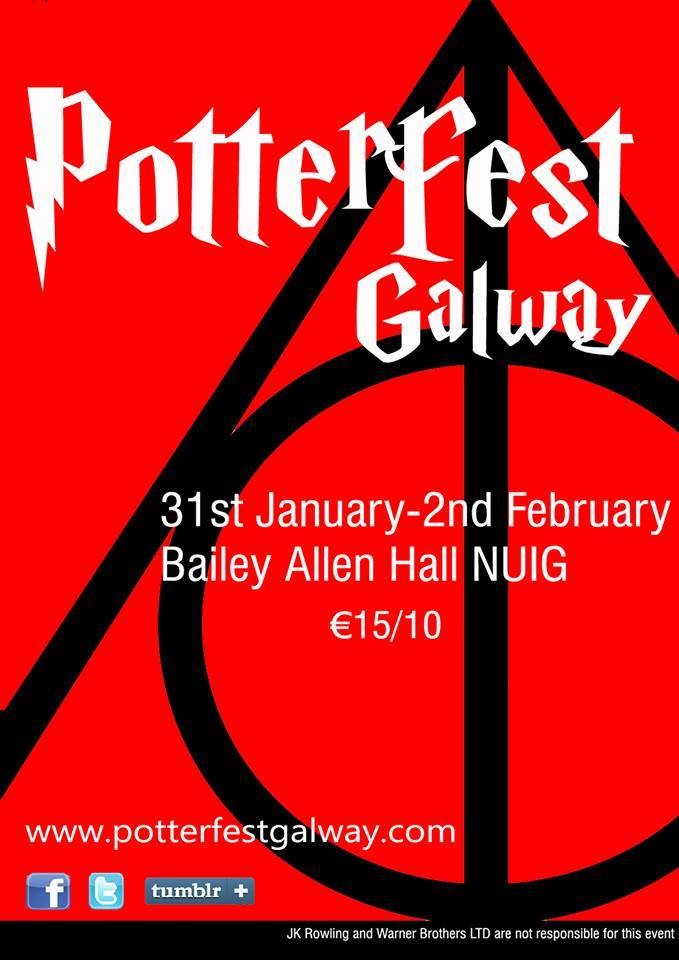 Over 200 muggles attended last year’s event and this year’s festival promises to be bigger and better than ever, offering Potter fans a taste of the wizarding world.

“About ten months of booking venues, contacting guests and speakers, designing events, buying supplies, PR work and staff recruitment have gone into Potter Fest so far,” said Potter Soc’s PR Officer Aine Kilbane. At the opening ceremony of the festival, muggles will be sorted into one of the four Hogwarts houses – Gryffindor, Slytherin, Ravenclaw or Hufflepuff – by the Sorting Hat. Quidditch fans will be glad to know that the game was adapted in the USA in 2005 to be played by Muggles. NUI Galway’s Potter Soc has started an All Ireland Quidditch League which aims to bring Harry Potter fans from universities across Ireland together to play the sport.

Though there is no flying, the game is still a fun experience, filled with fast-paced action and all are welcome to join the Quidditch matches which will take place at Potter Fest. There will also be Cosplay with Mez’s Masquerade, where fans can dress up as their favourite Harry Potter characters and take part in costume competitions.

Potter fans will also be brought the very best of magical classes including Astronomy and Divination, while over 18s will be able to brew delicious potions in the College Bar. NUI Galway’s Áras na Mac Léinn will be turned into a magical hovel with the return of Diagon Alley, or Artist’s Alley, where a number of artists will be selling their merchandise.

The three-day festival will also feature talks from Gráinne O’Brien and Jennifer Trieu from ‘Magic is Might’, as well as debates, a “Snape” disco, wizard duelling, Potter karaoke, a Goblet of Fire charity raffle and much more.
“Expect a taste of Hogwarts and the chance to meet many, many Potterheads from around the country,” said Aine Kilbane.
All proceeds from the event will be donated to charity. Weekend tickets cost €15 and a day ticket is €10. Entry to the festival on Friday 31 January will be free.
For more information, visit www.potterfestgalway.com, follow the event on Facebook, Twitter or tumblr, or contact potterfestgalway@gmail.com.