Arcade Fire have been causing quite a stir with their recent album Reflektor. Tom Murray reviews it for Sin… 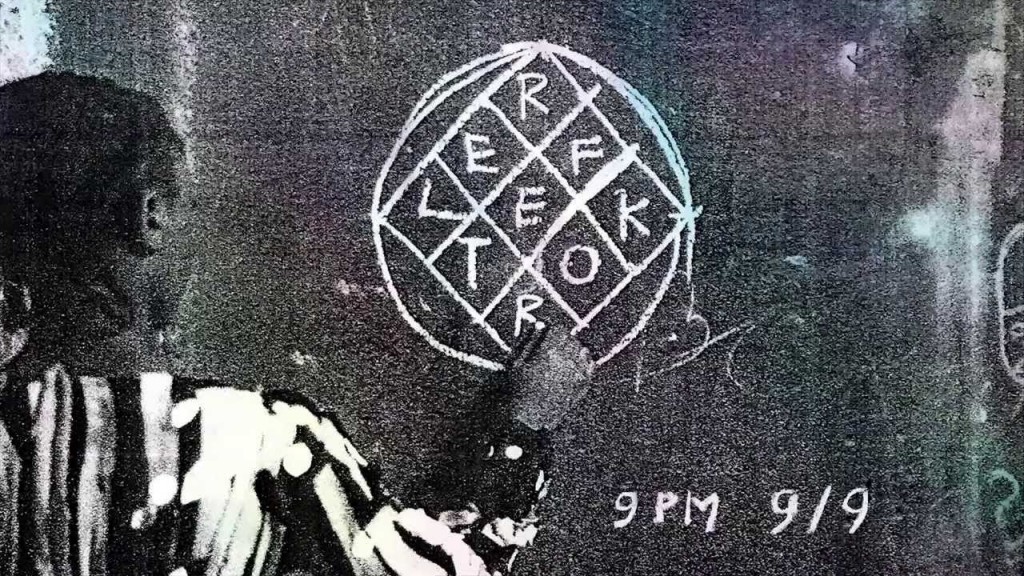 One of the greatest gifts that I have ever received was a vinyl of Arcade Fire’s Grammy Award winning album The Suburbs. Having only ever heard the titular single ‘The Suburbs’, I decided to listen to the album in full. One week later Arcade Fire became my favourite band. So naturally I freaked out in early September of this year when our Canadian houseguest revealed to me, nonchalantly, that he once shared an apartment with members of the band and attended college with front-woman Régine Chassange.

Like a heroin junkie, I waited impatiently for my next fix of that sweet Indie-rock sound that I had become addicted to. Soon enough, after a marketing campaign involving mysterious graffiti on paths and buildings across the globe, the band released the first single from their new album, Reflektor, at 9pm on 9/9.

Undoubtedly, the lengthy seven-minute track ‘Reflektor’ was the best choice for the album’s first single. Containing elements of the old Arcade Fire that we know and love (as well as a surprise cameo from the legendary David Bowie); ‘Reflektor’ also brazenly displays the new Haitian and disco influences that would come to characterise the album.

In an interview with NME magazine in September, band member Richard Reed Perry claimed that their new sound is “more danceable than ever”. Indeed, this is true for the first half of the 75 minute double-album, where the Haitian influence comes into full-swing. The band can barely keep their composure during the six-and-a-half minute epic, ‘Here Comes The Night Time’, as the thoughts of the impending night and the frivolities it brings bursts forth in a hysterical cacophony of Haitian drums.

Similarly, you can’t help but sing along with frontman Win Butler during the almost anthemic ‘Joan of Arc’. With a foot-tapping beat reminiscent of Kasabian’s hit single ‘Fire’, ‘Joan of Arc’ will definitely be a crowd pleaser to many festival-goers next summer. It is only when we get into the second half of Reflektor that we realise how much it pales in comparison to its near-perfect predecessor, The Suburbs. The reprised track ‘Here Comes the Night Time II’ acts as a mournful buffer between the two parts of the double-album.

Having cemented their place in indie-rock history with their masterpiece, The Suburbs, Arcade Fire have produced another fine album which not only extends beyond the limits of their iconic sound, but exhibits a new genre that no one could have imagined: Haitian-disco-Indie-rock. Who saw that coming?