Many students travel abroad to find work, but when Aoife Barry went to France for the summer, she learned a lot about herself as well as the culture…

A summer waitressing job in the sunny south coast of France, with the Mediterranean Sea on your very doorstep sounds like paradise, doesn’t it?

Why then, with a month into my two month stay at the campsite in Agde did I find myself in my boss’s office telling him that I wanted to leave?

Here’s the story of my summer and how it woke me up from my dreams but didn’t take them away from my heart.

Having just completed my first year studying French here at NUI Galway, a summer spent saturated in the language would be ideal for my transgression into second year.

The Mediterranean weather, French cuisine and adventure of it all seemed pretty attractive also. While most of you spent last Christmas browsing Boohoo.ie for the seasons must-have outfits, I spent hours in front of a thankless computer screen, subscribing to countless au pairing websites, campsites and Irish bars searching for a summer job.

Positive responses were negative on the whole. My ticket to France appeared when my friend Niamh from college rang me and informed me she would be staying with a French family near Montpellier for two weeks in June and that the mother of said family had found Niamh a bar job and me a waitressing job in a campsite in a southern French town called Agde for June and July.

I didn’t need to think twice. I was already imagining the wine, the beaches and the French boys.

My trip couldn’t have started more positively. I flew out to Carcassonne by myself which was admittedly a daunting notion. However, many helpful strangers crossed my path along the way and steered me in the right direction.

An interesting (and handsome) carpenter/photographer literally saw me onto my train and quite chivalrously carried my luggage up the flights of stairs. A young girl at the bus station told me what bus I needed to get and even gave me her number in case I needed any help during my stay in Agde.

Meeting such open-hearted people so early into my trip only intensified my sense of hope and expectation of what lay ahead of me. Having arrived at the Gare in Agde my new boss came to collect me and brought me to my chalet where I would be staying with Niamh on the campsite.

I was to be working in the campsite restaurant from six till about 11 every night except Sundays. Niamh’s hours were less fixed but we tried our best to make the most of our free time together to do interesting things.

But our hopes were crushed when Niamh’s hours were to become fixed at eight to one every day. That limited our time together to five hours maximum. Coming here, I had assumed our bosses knew that here were two Irish girls in France hoping to learn the language, to work but to also have a holiday at the same time.

What’s more, knowing that this was a family-run campsite, I had imagined that they would welcome us into their home. I couldn’t have been more wrong. To them, we were simply two screws in the machine that was their campsite, their life and business and boy, did they want us to be shiny, fast and oiled screws!

Although studying human rights, I have always dreamed about my own restaurant. The culinary arts and waitressing career have always attracted me. The social aspect of it and the chance you get to meet new people and make them happy. This summer would be a foot into this dream of mine.

Thanks to this summer, I have now come to the realization that I like going to eat in restaurants, not working in them. I like cooking and serving my family and friends and the fact that I can also sit down and join them in the meal.

Arriving at six every evening to set the placemats, serviettes, cutlery, glasses… Who really cares how shiny a glass is anyway?

The job was repetitive and I would feel like I was wasting hours of my life away, like there was so much more I could give the world other than plates of grilled entrecote.

Some nights I would be rushed off my feet while others nights I would slowly feel my legs turn to stone pillars from the inactivity. There was rarely a balance.

Despite my negative experience of waitressing, the harsh reality remains that I will probably take up employment in this genre of work again sometime in the future, as will many of you. Whether this is at home in Ireland or abroad, here are some tips that I hope will be helpful:

After working as a waitress you will never look at restaurants the same way again. Long gone are the days where I connote restaurants with the word calm and peaceful.

No Work without Play

Thankfully, Niamh like me is full of enthusiasm for life, so together we compiled a list of activities that we wanted to do during our stay here. However, by our halfway mark here it had begun to feel like we were simply ticking off boxes and taking no real enjoyment from the activities. The list had become another chore, just like drying the wine glasses every night in the restaurant.

Here are some of the main facts I learned about the French nation during my stay. Hopefully they will be helpful to those of you who will at some point travel to France whether with Erasmus or on holiday:

As I mentioned, Niamh and I tried to quit our jobs halfway through; ‘tried’ being the important word. Our boss told us that this was not possible as we had signed a contract and that the campsite was at its busiest.

If any aspiring lawyers out there know whether he had the right to keep us there or whether we were just too gullible, let me know. I’d be interested to find out.

Alone, inexperienced and clueless we accepted the situation for what it was. We would reassure ourselves by reminding each other that we were earning money, improving our French and achieving awesome tan lines.

Light at the End of the Tunnel

My contract ended on the 31 August and I was to fly back to Ireland on the 1 September. I wanted to return to Ireland in high spirits so I decided to leave the campsite on the morning of the 31st and treat myself to a few hours in a spa.

My body was physically drained from the restaurant work and the fact that I had been sleeping on a sleeping bag for over two months.

I spent that night in a youth hostel in the beautiful city of Carcassonne. I am so delighted that I choose to do that. Carcassonne is a city steeped in history.

The old medieval city consists of a castle surrounded by two sets of ramparts and we are talking Harry Potter-scale castle here.

It was the first time I travelled alone and stayed in a hostel and hopefully will not be the last. Travelling by yourself you meet such interesting people. On my first night I met a German girl doing her masters in journalism. We ended up having dinner together. I learned so many interesting details of her life.

The following morning while doing a walking tour of the city I made friends with a French girl and her Japanese friend. I felt so free and liberated. Like the whole world was mine. Meeting these people made me realize that anything is possible.

People ask me did I enjoy by time in France. Did I? I answer them by saying that I learned a lot. I have so much respect now for people who aim high and study for a job they want; a job that will lead them to the life they want.

Before I used to view such people as snobby or materialistic but I now see nothing wrong in working hard to get what you want. You deserve it.

Niamh and I discussed the notion of intrinsic and extrinsic values in jobs. For me I realize now I want a job that I am passionate about. I will not be content to work to live; I need to live to work.

The more I travel the more I seem to eliminate places, people and careers that are not for me. I long for the day where I will find home on my travels; where I will discover who I am and what it is I want to do with my life.

For now though I am grateful for the fact that my voyages prevent me from diverging on the wrong paths. This summer I learned about myself, that the pages of my hopes and dreams were written in the wrong language.

What is left as a mystery though is what should replace these old dreams? I could panic. I could. This summer has taught me, however, that it is not the end of the world if you don’t have a plan. 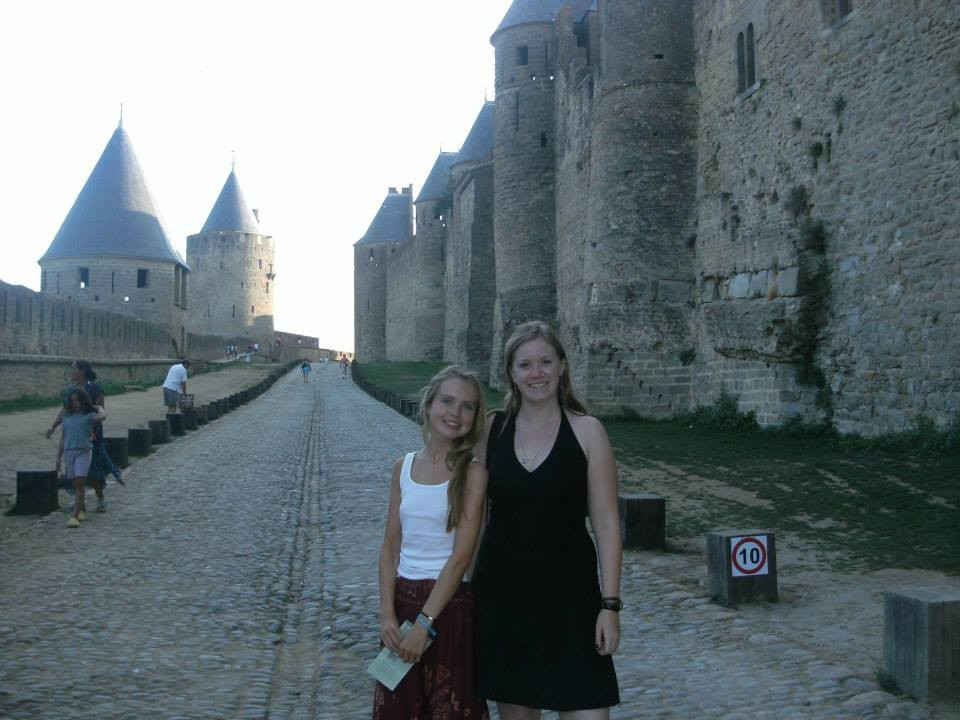