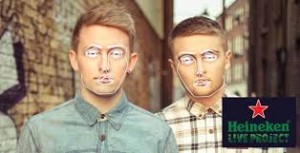 Electronic dance brothers Guy and Howard Lawrence better known as Disclosure have scheduled a gig in the Black Box Theatre, Galway on November 14. The show is part of Heineken’s Live Project initiative. The DJ duo will also play a date in Dublin’s Olympia Theatre on November 15.

Disclosure are touring to promote their album Settle which debuted at number one in the UK Album Charts. The album contains the group’s biggest hits to date including the Aluna George collaboration ‘White Noise’, Sam Smith track ‘Latch’ and Eliza Doolittle song ‘You and Me’. The brothers have most recently played in Ireland at Electric Picnic in Stradbally, Laois and at Radio One’s Big Weekend in Derry.

Disclosure is made up of brothers Guy and Howard aged 22 and 19 respectively who come from Surrey. They have garnered consistent success after their initial introduction to the UK Charts with ‘Latch’ which peaked at 11. The DJ’s album ‘Settle’ was met with commercial as well as critical acclaim.

Tickets for the gigs in both cities are free of charge and are available on the website www.heinekenmusic.ie at 2pm on the 15 October for the Galway date and the 17 October for the Dublin date.