The referendum to abolish the Seanad has been defeated with 51.7% of the vote, Jenna Hodgins has more… 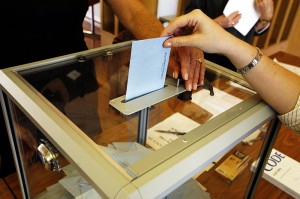 The surprise result was announced by returning officer Riona Ní Fhlanghaile in Dublin Castle around 4.20pm this afternoon.

Dublin South East had the highest No vote in the country with 61.3% majority. Similar results were found throughout the Dublin constituencies. One particular polling station in Ballsbridge had a 69% No vote.

The Taoiseach Enda Kenny’s own constituency of Mayo had the highest Yes margin with 57% of the vote.

Earlier today, Independent Senator Sean Barrett called upon Enda Kenny to resign after the election results after spending €20 million on “an ego trip”.

Fine Gael’s deputy campaign director Regina Doherty admits she was surprised with the outcome of the referendum, as polls prior to the vote indicated a Yes majority.

Following the election results, The Taoiseach, who first proposed the measure, said he was personally disappointed.

“Referendums are the ultimate exercise of democracy” according to Mr. Kenny. “…when the people are asked themselves to make decisions on constitutional issues,” he said. “I welcome and accept both verdicts as being very clear.”