With so many great movies out at the moment, it’s hard to decide which one to see first. Ken Glennon can help you out there with his review of Only God Forgives… 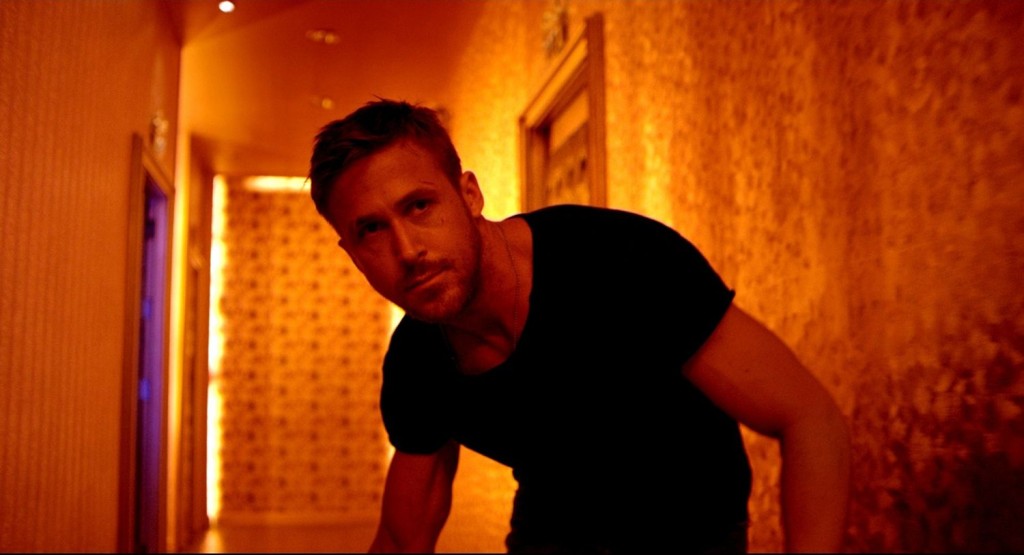 Extreme. That’s the word Nicholas Winding Refn associates with his new film Only God Forgives a violent, hyper stylish tale of revenge, matriarchs and Thai boxing. Ryan Gosling is Julian, an American expatriate running a Thai boxing club with his brother Billy (Tom Burke) in Bangkok. As we first meet the brothers it transpires that Billy likes young prostitutes and within the opening ten minutes ends up murdering a young girl. This brings into play the “God” of the title in the form of Thai actor Vithaya Pansringram’s avenging, katana wielding police officer. After dispensing of Billy he incurs the wrath of the boy’s mother played viciously by Kristen Scott-Thomas. Nonplussed about her son’s acts of rape and murder she demands brutal revenge and is disgusted that her other son would even consider death as a just end for his brother’s atrocious crime.

What ensues is a surreal and impressive film that demonstrates Refn’s skill at creating atmospheric and artfully brutal film. The Thai setting here doing for this film what the dreamy cityscape of LA at night did for Drive, equal parts alluring, foreboding and as photographed utterly beautiful. Into that world Gosling sheds the ultra-cool and collected professionalism and hope of his Drive persona in exchange for the deeply fractured Julian who takes his mother’s torrents of verbal abuse while at the same time displaying a dog-like obedience. A particularly revealing dinner confrontation has mother Crystal unfavourably compare his penis to his deceased brothers whilst dismissing his dancer date (Mai, played affectingly by Rhatha Phongam) as a “cum dumpster”.

Thomas is excellent drawing every ounce of venom from Crystal who sees in Billy everything she believes Julian wanted to be and instills a hint of oedipal feeling into their exchanges. It’s a great performance. Aside from Crystal the most striking elements to emerge are Refn, regular music collaborator Cliff Martinez and cinematographer Larry Smith who combine to bring a brooding ambiance to proceedings. Thanking Irreversible director Gaspar Noe and dedicating the film to surrealist film-making icon Alejandro Jodorowsky in the credits Refn creates his own distinct lucid dream atmosphere that descends into a waking nightmare whether during a restrained sexual encounter between Julian and Mai or in a gruesome torture scene set in a Thai karaoke club (indeed the avenging police offer figure punctuates the drama on more than one occasion with his own karaoke performance).

While it premiered to divisive reviews this summer at Cannes, where Refn won the best director award for Drive two years ago, Only God Forgives is as expected a potent and stylish motion picture. Much tougher than Gosling and Refn’s last collaboration and by the directors own admission a little pretentious. I can see the word hipster being unfairly tossed around in evaluating Refn’s work here as well as how the taciturn Julian may leave a lot of cinema goers cold with none of the romanticized appeal of the Driver and that interrogation scene may prove to be too much for fans of the director and star’s last work. Nonetheless Only God Forgives is an engrossing picture, brought to visceral life by a filmmaker who delivers an extraordinarily moody and effective descent into some form of nightmare as well a benefiting greatly from the palpable sense of unease generated by Kristen Scott-Thomas’ magnificent performance and Vithaya Pansringram’s sensei cop.