How do horror films affect you? Maria Ivanova of Worldwide News Ukraine discusses the horror genre and its effects on society… 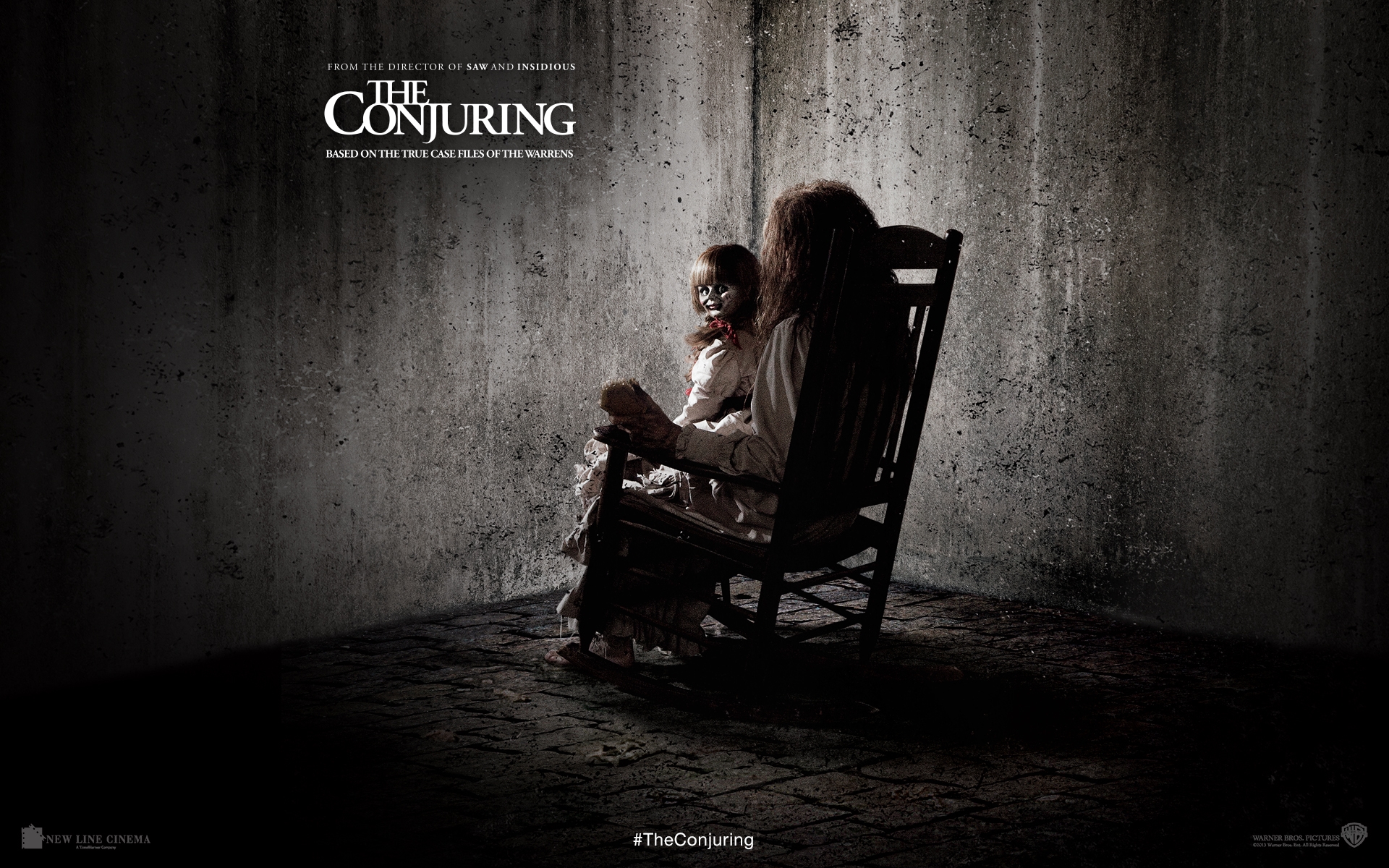 2013’s most expected horror flick The Conjuring earned over the first weekend of screening almost double of what’s been spent on the production. Another thing the film did was produce quite a controversy. An audience member reportedly fainted, a religious organization released a warning about possible need for spiritual support from a priest following the film’s viewing, and my twitter feed was flooded with remarks of sorts: “I won’t be able to sleep for the next 28 years.”

Adding to the viewers’ overwhelming acceptance, the sweeping majority of film critics deemed The Conjuring to be a high quality production. “Well-crafted” and “uncommonly intense” are not the adjectives typically found in modern horror film reviews.

The contrast between such positive feedback and what I often hear about horror films seduced me into this journey of exploration what such cinematic experience is really about – is it a disturbing trip down the darkest lanes of one’s fears or two hours of innocent entertainment?

I’ve flipped through articles and even books on horrors films to figure out the answer to this question. I also turned to psychologists, filmmakers, and film critics to discover their opinion regarding the influence of the horror films on the audience.

“Heart rates become elevated; respiration rates increase; blood pressure and muscle tension increase; skin temperature drops,” is how communication professor Glenn G. Sparks describes the physical state of a typical audience member at a horror film screening. This explains why some people enjoy horror movies so much – sensation-seekers simply enjoy such high levels of arousal. Stephen King once wrote that terror was the finest emotion, which may or may not indicate that the best selling horror author was one of such sensation-seeking people.

Some of the people I talked to argued horror and gore are very harmful, especially for children, and contribute nothing to a person’s development. Others were convinced that horror teaches the audience how to cope with unsettling situations. “When we have this stress caused by external forces that we can’t control (like the economy), horror films can provide some relief in the sense that they present us with a tangible threat in a safe context in which we have complete control,” reckons psychologist Andrew J. Weaver, Ph.D., Department of Telecommunications, Indiana University.

Sometimes, watching horror films can be a safe training mechanism teaching people to overcome their fears. They help release blocked suppressed emotions that unexpressed contribute the difficulties of anxiety and depression, says Michael Burge, counselling psychologist and director of the Australian College of Trauma Treatment.

“In my case, watching horror movies was instrumental in helping take me out of everyday pain and focus on someone else’s suffering,” shares British psychoanalyst Mikita Brottman. The Haunting in Connecticut director Peter Cornwell agrees that horror can be useful as “a safe way for people to learn to confront, and overcome their fear.”

Yet, those with less adaptable psyche may suffer from anxieties caused by the images or concepts, shown in a horror film. The most vulnerable to the negative psychological effects of horror seem to be children and persons with PTSD (posttraumatic stress disorder).

“There’s a well-known effect that’s been documented in many studies that scholars refer to as the “lingering fear response” to frightening entertainment,” says communication professor Glenn G. Sparks. “A significant percentage of viewers report that they have seen something in a movie that scared them so much that the emotional residue of fear lingered on for hours, days, or weeks after the film ended. In extreme cases, that lingering fear could last for years,” he explains.

But what’s the worst that could happen as a result of watching an extremely sinister horror film? “I would think that in many cases this [anxiety and fearfulness] would only be a short-term effect and perhaps no worse than watching and listening to the real-life horrors reported on the nightly news,” comments psychologist Glenn D. Walters, Ph.D. Associate Professor of Criminal Justice. Just like everything in life, horror films are good in moderation, says Tatiana Hrusha, psychotherapist from Ukraine.

Understandably, film directors lean toward horror being a fun trip. After all, you have to enjoy your work to produce art. Jeffrey Bloom confessed to us that he made his Blood Beach (1980) just for fun. “Horror films are there to scare you but at the same time entertain you,” said German director and producer in the genre Uwe Boll.

A horror film takes you on a trip to the places and/or situations you know and love but then, just like your roller coaster, takes a sinister turn to the worse. One of the recent examples that pops to mind is Ukraine’s first 3D horror flick Synevir (2013). It takes the country’s fairytalishly beautiful nature and shows it first as mysterious, and then – devastatingly terrifying environment.

“The purpose of a horror film is to entertain by reaching into a typical audience-member’s preconception of what nasty possibilities can suddenly exist for someone who has felt he or she is outside the loop,” told us the cult horror film director, the Godfather of Gore, Herschell Gordon Lewis.

Just like the question why people watch horror, my wondering whether horror films are fun or harmful has only got the same ambiguous answer – to each their own. I guess it is safe to say that those who refrain from watching horror probably shouldn’t try to “brave their fear and go watch it”, as their discomfort may well mean that they simply can’t handle the emotion. Moreover, the joys of horror are definitely not ones for children, I’ve learned. As for those enjoying the genre, they could probably relax about the psychological consequences to their mature minds and go see The Conjuring. If they are up for skipping a night or two of sleep, that is.