The Iceman has made its way to cinemas. Cormac O’Donnell reviews… 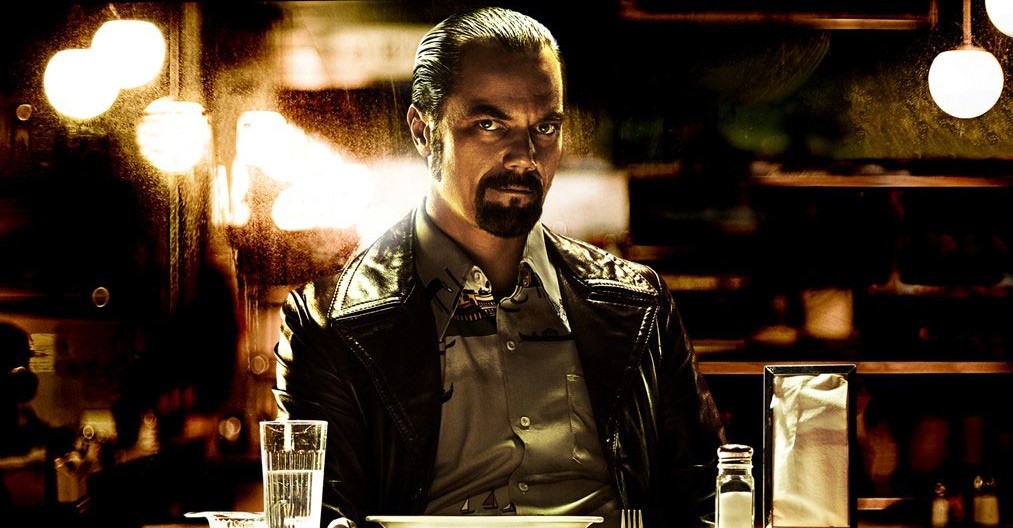 Having directed 3 independent films, and dabbled in many areas of post-production, The Iceman sees Ariel Vromen coming into his own as a writer-director. This film is a semi-biographical account of the life and times of the notorious serial killer and hitman, Richard Kuklinski, played here by Michael Shannon.

“Richie” as he was affectionately known to his friends, also earned the more dubious nickname “The Iceman” due to his preferred method of chopping up bodies and freezing them in an industrial freezer. Despite his questionable extra-curricular activities, Richie was also a devoted family man. The concept of duality is a driving force of this story, exploring Richie’s ability to be a loving father and doting husband on one hand, yet a cold-blooded killer on the other.

The film follows Richie through his adult life in which he dubs porn, gets married to Deborah (Winona Ryder), becomes a mob hitman for local boss Roy Demeo (Ray Liotta) and raises a family. Early in the film, we are introduced to the duplicitous nature of the story. In a very sweet moment, Richie is on a date with Deborah and despite some initial shyness, tells her she looks like “a better version of Natalie Wood”. The following scene has Richie shooting pool with some local guys. After one of them makes a snide remark about Deborah, Richie follows him outside and stabs him in the throat. With this narrative ebb and flow, we are led to believe that some misguided sense of family honour is one motive for Richie’s killing.

Money is apparently another reason for Richie to act out his homicidal tendencies. Mob boss Roy Demeo, enlists him to kill those who cross him, for good money. Much is made of this capitalist theme and I wonder if it is a comment on the times we live in. Due to the amount of corpses he creates, Richie becomes reasonably wealthy and he and his wife become accustomed to material trappings, actively flaunting them.

Yet, even hitmen must weather economic storms. When things get hot on the street, Demeo orders Richie to take a leave of absence from his employment. With no job, Richie becomes desperate. Deborah soon starts hassling him about their lack of income and this is where Winona Ryder shines. She goes from doe-eyed and innocent to a complete bitch. Long convinced he worked as an international currency investor, her suspicion is only aroused when the money stops rolling in. When Richie hits another payday, she resorts back to a “don’t ask, don’t tell” policy.

As such, the film offers a brief meditation on men’s responsibilities in society. I was struck by a recent radio advertisement for The Samaritans, in which one man explained how being laid off from his job undermined his roles of father, husband and provider, making him feel like “a lesser man.” The Iceman puts us in the shoes of a man who is at times completely down on his luck and cannot take care of the only people he holds dear in life. Killing for money is a prospect that no logical mind could ever justify. However, it is an extreme metaphor for the tensions facing masculinity in this current economic severity.

Michael Shannon as Richard Kuklinski gives a tour-de-force performance, with many standout moments. One has Richie silently washing his hands with scalding water, distant and disturbed; we can only guess at what is eating away at his mind. Another has Richie reciting a poem for his daughter, one of the most endearing instances in recent cinema. His acting in the epilogue of the film will astonish you. Having built a career as Hollywood’s “Rent-A-Psycho”, this part is tailor-made for his unhinged brand of acting.

Yes, he does play characters that are often mentally unbalanced, but he does not play them because he can, he plays them because he must. In studying this pattern of recurring character types, one could make the argument that Shannon is using his own dark emotions as a base, and constructing the character around them. With his expressive face and largely silent demeanour, Michael Shannon is to this decade, what Robert de Niro was to the Seventies. The impulse is the same; using the character to work out the actor’s inadequacies. His trademark intense look and chaotic approach are also symbolic of the pressures facing modern masculinity.

The cinematography is a real triumph, utilising the form to convey meaning throughout. The camerawork is entirely subjective; Richie is the focal point of the film, with everything happening from his perspective. Scenes that take place in the daytime, in the sun, somehow become overwhelmingly dark. We are given wide shots of streets, yet Richie ends up in the dark confines of the alley. Later in a brightly lit hotel, he ends up moving in the shadows of the lobby. Driving through the neighbourhood, Richie and Deborah’s faces are obscured by the car’s interior shadows. Richie goes to meet an acquaintance in the park, and is masked by the shade of the surrounding trees. This recurring motif of darkness overpowering light only serves to heighten the idea of duality within the story; Richie’s moral decay will inevitably stain the family façade he has created.

The Iceman is not without its faults. The script and direction are terribly uneven. Richie’s motives for murder are presented as two-fold, for money and a skewed sense of protecting his family. Considering that the real Richard Kuklinski claimed to have killed over a hundred people, this film offers very thin rational for his deeds. The truth of the matter is Kuklinski killed people because he liked to. He engaged in this behaviour before he ever met his wife or family, or realised he could make money from it. The film does not examine the psychological development of a man who was abused by his parents at a very young age and came to regard killing as a normal practice. There is a quick flashback to Richie getting beaten as a youth. Another brief scene has him visiting his brother in jail, whose crimes involve killing and raping a young girl. Yet, it’s nowhere near enough and one is left with the impression that emotional complexity is forsaken in favour of violence and tough-talking punch lines. Film must be a way to speak what is often unsaid in society.

There is much to like about The Iceman and I heartily recommend it. It is an entertaining film that will pass an evening at the cinema, and send you home with some things to think about. Sure, what more could you want?