Looking for a creepy movie? Jane Kearns knows of one… 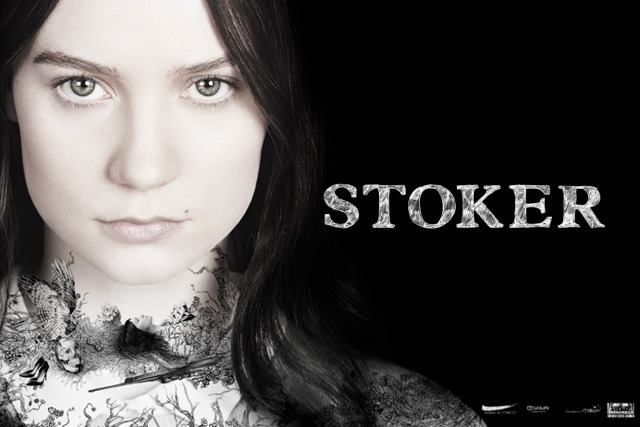 If you’re a fan of Korean cinema then you’ve definitely heard of Park Chan Wook and his terrifying thrillers, films like Oldboy and Thirst have garnered the director international notoriety and legions of fans around the world, but this year the South Korean native released his first venture into English-speaking cinema; Stoker.  A modern twist on Hitchcock’s Shadow of Doubt, Stoker delves into the deprived world of a young girl obsessed with her long lost uncle.

Written by Prison Break’s Wentworth Miller, Stoker stars Mia Wasikowska as India Stoker, a teenager who has recently lost her father in a car accident, and lives in a secluded country mansion with her self-involved mother played by Nicole Kidman. After the death of India’s father, her estranged uncle Charlie (Matthew Goode) comes into her life; Charlie is a handsome, educated and well-travelled man, who impresses India with his confidence and cool demeanour.

Goode does a fantastic job of playing the mysterious Charlie Stoker and effortlessly creates on onscreen persona that is both enthralling and terrifying. Wasikowska also does an excellent job, playing a confused teenager, but as the film develops she goes from being a quiet and introverted girl to a cold and at times incredibly creepy woman, all under the tutelage of her beloved Uncle Charlie. Nicole Kidman rounds out the central cast, playing India’s mother Evelyn, who like India is obsessed with Charlie, this lends to some very tense scenes that add to the overall unnerving quality of Stoker.

In Stoker, Park Chan Wook has created a story that is tense and at times difficult to watch; it’s a great film for those who want to experience something a little bit different in the cinema but its controversial themes and slow burning storyline mean it’s not for everyone.