The UN has many guises. James Falconer discusses… 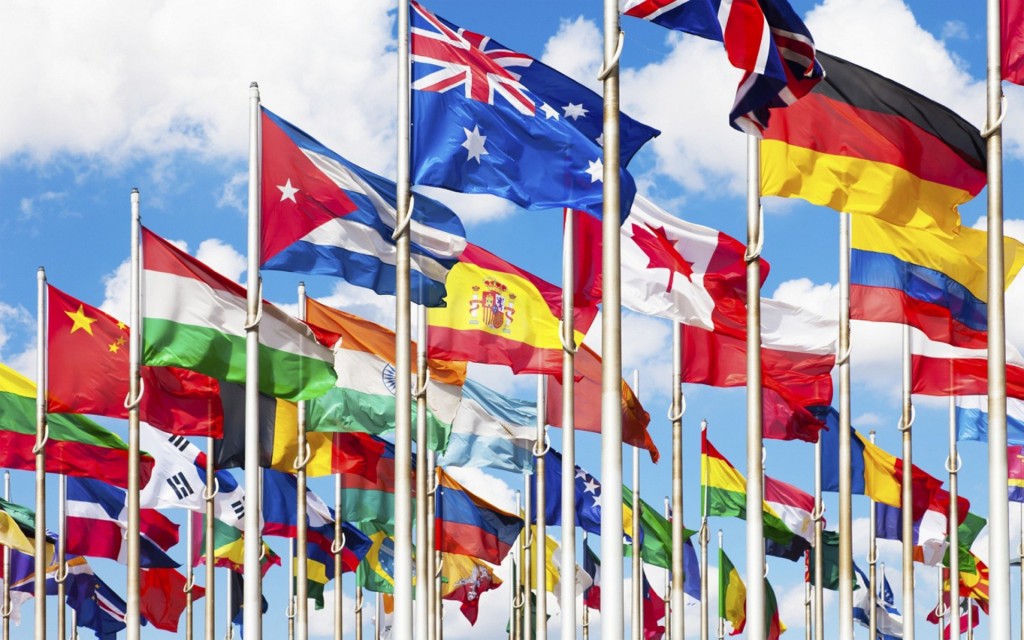 What do we think of when we see the flag of the United Nations? Or, when we see Irish soldiers “peacekeeping” in foreign lands? How did we get to this point?

The UN was founded in 1945 after World War II, replacing the failed League of Nations, an international organisation that had the same supercilious goal of preventing war and protecting human rights around the globe.

Some fundamental aims of the UN are to stop wars between countries and ethnic groups, and to provide a platform for dialogue. In an effort to succeed where the League of Nations failed, the UN managed to embed itself into all aspects of the international community. It set up multiple subsidiary organizations to carry out its missions: the General Assembly, Security Council, International Court of Justice, World Bank, and the International Monetary Fund, to name a few.

Sri Lanka is that tear drop island off the Indian Ocean – it was once a peaceful country. However, after the successive arrivals of the Portuguese, Dutch and British the system of peaceful coexistence between the two major ethnic groups became eroded. The Sinhalese and Tamils were once bonded in mutual respect before the advent of European interference. These foreign armies divided the two groups with their imperial agendas and the ethnic tensions between the Sinhalese majority and the Tamil minority became exasperated.

LTTE, also known as the Tamil Tigers, were founded in 1976, five years after the first British soldier was shot in Northern Ireland. After years of widespread atrocities committed against them by the Sinhalese dominated government, the Tamil Tigers retaliated by committing massacres, suicide bombings and acts of ethnic cleansing in their pursuit to create a monoethnic Tamil province.

In the late 80s the Tamil Tigers became the self-appointed sole representative of the Tamil people after successfully assassinating the entire democratic Tamil leadership. Following this it became a formidable political and military force when it controlled a significant percentage of both the Northern and Eastern Provinces which earned the recognition of the West and continuously forced the Government of Sri Lanka to negotiate with them. It seems that the Sri Lankan government grew tired of these negotiations and planned to wipe out the Tamils once and for all.

In September 2008, the UN withdrew from Sri Lanka and failed categorically in its obligation to protect the Tamil civilian population, who were under immediate threat of attack. An onlooker might be more understanding if the UN were nowhere near the genocide which was about to take place, and could not have intervened in any way. However, to be right there, strategically placed in between the two, and then to leave at such a critical time, is extremely questionable, to say the least.

At the time of their withdrawal, and contrary to what actually happened, the UN should have sent more troops into the area. What about their declaration of preventing war and protecting human rights?

The Sri Lankan government began escalating their plans to attack the Tamil region on the east of the island and said that could not guarantee the UN’s safety. Surely they couldn’t have attacked the Tamil region while the UN was present.

Benjamin Dix, who was part of the UN team that left, says he disagreed with the withdrawal; “I believe we should have gone further north, not evacuate south, and basically abandon the civilian population with no protection or witnesses. As a humanitarian worker, questions were running through my mind ‘what is this all about? Isn’t this what we signed up to do?’”

As the UN was making their complete withdrawal, the Tamils looked on in absolute horror. They begged the UN not to leave, but the decision had been made and the UN pulled out of Sri Lanka. Who is accountable for this decision?

A Tamil school teacher who wants to remain anonymous said that; “We begged and pleaded with them not to leave the area. They did not listen to us. If they had stayed there, and listened to us, many more people would be alive today.”

The Tamil people knew that they were now exposed to the might of the Sri Lankan government forces, which had armed themselves with huge amounts of artillery purchased from Israel. In May 2000, a day after India refused to give Sri Lanka any military assistance in its war against the Tamil Tigers, Sri Lanka and Israel resumed diplomatic relations.

Although the largely Jewish owned corporate media focus on Sri Lanka’s military assistance from China, little mention is being made of the obvious military links with Israel. Moreover, one may wonder how the UN stands by and watches Israel obliterate Palestine. Israel has a great deal of power on the UN Security Council and it seems more than coincidental that the UN fails when Israel’s interests are nearby.

By May 2009, there had been 65 attacks on the medical points treating civilians and government forces carried out further large scale bombardments of the area, attacking refugee convoys and hospitals that were clearly marked as such by the Red Cross.

These acts perpetrated by the Sri Lankan forces defied International Law as outlined in the Geneva Convention. The UN estimates that some 40,000 Tamil people died in the last weeks of the war alone. There is clear video evidence of torture, rape, murder and executions all carried out by Sri Lankan forces.

The Sri Lankan government has been very obstructive in even acknowledging that there could have been any kind of human rights violations, even saying that there were no civilian casualties! The government issued a report at the end of the war which was a complete whitewash.

Sri Lanka has said there is no need for a UN resolution. President Mahinda Rajapaksa has even described the military campaign in 2009 as a “humanitarian mission conducted against terrorism and not against the Tamil people, aiming to liberate thousands of innocent civilians from the clutches of terrorism.”

This is a version that the government has tried to defend because there were no independent witnesses in the conflict zone. He went on to say; “We cannot punish a person for defeating terrorism.”

However, evidence has piled up over the past two years. ‘Sri Lanka’s Killing Fields,’ a documentary broadcast by Britain’s Channel 4 in 2011, shows shocking footage of executions and sexual violence. Before watching this documentary at Stockholm University recently, I learned that the Sri Lankan embassy in Stockholm requested that this film not be shown; one wonders why.

Since the war ended the Sri Lankan government has not launched a single credible investigation into alleged genocide. For many of the affected people, the UN became an irrelevant actor at best and a complicit one at worst during a crucial time when they were at their vulnerable.

Weren’t the UN and its various bodies set up to prevent precisely such atrocities? They failed in their mandate to protect these civilians. They let politics; negligence, vested interests and plain incompetence come in the way of prioritizing the lives of children, women and men in Sri Lanka.

The UN has different masks, many of which are dark.