Earlier in the year, we held a creative writing competition. Roisin Kelly was the winner, with the following story… 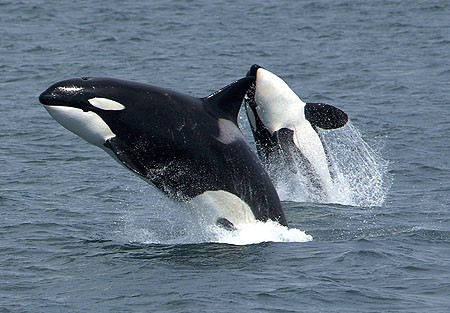 Sean made his lunch the night before. Six pieces of pan loaf spread out on the table like cards. The knife into the mayonnaise jar and the mayonnaise dealt out onto each slice. If there were crisps in the house, he opened a packet and made crisp sandwiches, and put another packet into his rucksack for a snack. Sometimes he dutifully added an apple. By ten o’clock at night it was all laid out: his rucksack with the lunchbox, his oilskins and boots. Then he went to bed.

His alarm clock went off at five. Everyone else was still sleeping as he stumbled into clothes and poured cereal, bleary-eyed. It was still dark outside and he saw his reflection in the kitchen window, pale under the bright overhead light. Stepping outside, he smelled the dew and tasted morning. The red pulse from the lighthouse over on Achill measured out the minutes until dawn, and the sky was brightening even as he pedaled down the road. Sheep were pale, damp shapes against the dark ground. By the time he crested the hill, the streetlamps by the harbour had flickered off and the little bay rested quietly in the swell of grey light.

Dick was waiting on the pier, a slick yellow pillar in his oilskins. He was a man of few words, but his scowl clearly said ‘late’. To Dick everyone, everywhere, was late. There were several boats that serviced the fish farm but the Nora Jane was the only one that went out there at the crack of dawn, and Sean was the only islander unlucky enough to work for Dick.

“Grand flat day,” he said to Dick, who grunted.

The gentle waves that broke against the prow as they headed out could have been the slosh of bathwater, but the boat had more roll in it when they cleared the bay. Against the rapidly brightening sky, the little boat-wreck on Ceann an Curragh was a rusty silhouette. Dick smoked in the wheelhouse. The inspectors might be coming out from the mainland today, and thus Dick seemed especially grumpy. Dick did not like inspectors. He did not like mainlanders in general coming out to poke around the fish farm, telling the island workers how to do their jobs. “What do they know about life? What do they know about swell?” he had once memorably proclaimed, in a rare moment of articulation. The fish farm workers’ lives revolved around swell. On the island itself, if there was any sign of swell in the ocean, it was the first thing remarked upon in any conversation. “Bit of swell in it today.” Swell infiltrated the shop, the post office, the bar, Mass. Its white tongues of foam were everywhere.

The Nora Jane grunted and chugged. Light was pouring down over the Mayo coastline. The sun announced itself in a fiery ball over Croagh Patrick. It was a little apocalyptic. Sean glanced into the wheelhouse. Dick was standing with his hands on the wheel and his face was turned east and bathed in orange light. In Dublin they would already be getting on with the morning, and here it was just beginning. This evening, they would get the last of the sun before it went on its way over the Atlantic horizon.

Next week was Sean’s week off. His ma was already at him to go out shopping one of the days. It was a long old day out there for anyone, getting the boat at nine, doing the shopping in Westport and then kicking your heels until the boat home at six. Sean had not been off the island for five weeks. He felt like he was going to go crazy if he stayed here for much longer, yet he balked at this opportunity to leave.

“I feel almost afraid to go out,” he had said to his brother last night. “The crowds of people you don’t know, and all them cars.” His brother had been drinking tea and watching the television.

“The moment when you get afraid to go out, Seanie,” he had said, “that’s the very moment when you have to leave. Get out, get out, before it’s too late!” He had switched over to a horror movie. There were people running around and screaming with their hands in the air.

A cormorant bobbed nearby and a seagull or two wheeled overhead. Sometimes the flock of seagulls around their boat could be horrendous. Sean had heard that Ivan, who was Polish, had taken a seagull that was caught in a net and wrung its neck with his bare hands. He had nailed it to the wall outside the wheelhouse of An Bradan Feasa. It was one of those fishermen’s tricks to keep the rest of the seagulls away, Sean assumed. Otherwise Ivan was simply a maniac.

The fish farm cages were like gigantic green-blue eggs, laid out in rows of two off the shore of Portlea strand. There were sixteen in all, and each held up to forty thousand salmon. Sean had grown to detest the taste of salmon. On the fish farm, when they weren’t feeding or de-licing they were counting the thousands of salmon that had simply died in the cages. (“They’re not called ‘dead fish’,” a worker from Achill had once yelled at him as they stood on a deck overflowing with slimy grey corpses. “They’re called morts.”) Feeding took all day. This was one of Dick’s reasons for starting the day so early: the earlier you started, the earlier you could go home. They would be there until four or five that evening. Sean’s job was to hold the pipe that shot fish food into each cage. Dick sat in the wheelhouse and smoked until it was time to move the boat up to the next cage. When they had fed all of the cages they would go back to the first one and start again.

Sean’s job was not only mind-numbingly boring, it was bone-clattering. The pipe shook so much as it spewed pellets into the water, it was almost painful to hold. Any music he tried to play through his headphones was drowned out by the pipe’s high-pitched whine. You could hear it from the house. Mam said it was the first thing she heard when she woke up in the morning. He could see his house from here. The sky was now drenched in azure light. The early morning sun would be creeping through the curtains of his brother’s and parents’ rooms. Da would be up soon to let the collies out of the barn. Mam would make coffee and check her emails. Jake would probably sleep until lunch-time. Sometimes when he was out here he saw a flash of light from the front door, and he thought maybe Da was trying to spot him with the binoculars.

They were on the fourth cage as the day rolled into midmorning. The shadows of the salmon flicked to and fro within the cages. Sean stood with his feet braced on the deck and the pipe shuddering in his hands. He could feel the sun on the back of his neck. Before this day was out he’d be as red as a lobster. He had stripped off his oilskins. Dick was in the wheelhouse watching a boat further off cut across the water from Achill towards the island. No inspectors yet. The Celtic Eagle had turned up and was pottering around the other end of the fish farm. Bill worked on that boat. They had waved to each other as the Eagle passed. Bill had made a face because they were changing the nets today – or ‘pulling yarn’, as they called it. Bill had told Sean that no one needed to hold the food pipe on the Eagle anymore, because of a huge technical advancement that involved using a rope to hold up the pipe.

Sean wished the Nora Jane had a rope. Then he could – what? Smoke in the wheelhouse with Dick? Maybe that was why Dick didn’t get a rope. He could see Dick watching him. He turned his head in the other direction. The sun leapt from wave to wave between here and Achill. He fell to watching it for a while, almost in a trance, until suddenly a dark shape sliced the surface of the water some way off. His first thought was that it was a dolphin, but his heart had raced before his mind and was already galloping. Another dark body surfaced, and another. They rolled languidly through the water before slowly descending once more.

“What?” Dick sounded annoyed. Sean kept his eyes on the roil of dark, gigantic bodies. Footsteps clumped up the deck towards him. “What?”

Sean pointed. “Whales.” Several spurts of water rose in the air. In the calmness of the morning Sean was sure he could hear the gentle hiss of the whales’ blowholes. They were some distance away, but even so he could sense the quiet immensity of the creatures. “Killer whales I think; orcas. I don’t know what they’re doing so far in…”

“Ay.” Dick leaned his elbows on the railing and took the cigarette from his mouth. “They’ve been seen out the west of the island before all right. That was almost ten years ago. I didn’t see them myself, now, but Austie Winters was in his curragh that day and he said he got the fright of his life when they came right up beside him.”

This seemed to be all Dick had to say on the subject, but his pale eyes remained fixed on the slow dance of fins and tails. Sean took out his phone to call Da and tell him to get his binoculars out, but there was no reception out here. By now the whales caught the attention of those on the Celtic Eagle. He could hear Bill and Patrick calling to each other, and he saw them on the deck, looking at the whales. When Bill caught sight of him he waved and gave him a thumbs-up. Eventually Dick went back into the wheelhouse and they continued on to the next cage. Sean held the pipe. He watched the whales until, having glanced down briefly at the flurry of salmon, he looked up again and they were gone.

The day wore on. Sean’s arms ached and his skin felt raw where the sun had eaten at him. The whales were beginning to seem like a dream. As they headed back to the harbour he imagined telling the crowds of tourists, who would be waiting for the ferry back to the mainland, about the whales. They would listen and gawp and longingly fondle the cameras around their necks. But the ferry had already left by the time they returned. Stillness had fallen over the island and as he cycled home not a breeze was stirring in the whims.

At home, the kitchen was yellow with evening sunlight. The potatoes were boiling on the hob but there was no sign of his parents or Jake. Sean tossed his bag in the corner and stood at the back door looking out on the yard. Their old collie was lying there, gazing up at him through rheumatic eyes.

In the bathroom he stripped and got into the shower. The hot water drummed on his skin. When he closed his eyes he saw the swirl of waves and the rise and fall of rose-thorn fins. He always showered after work. No amount of soap and scrubbing could completely erase a lingering fish-stink, a sense of scales.