The Students’ Union launched their ‘Sweet and Spicy’ SHAG (Sexual Health and Guidance) week this Monday 6 February and all week on campus there will be a range of activities to raise sexual health awareness.

The spice can be found in SULT on Wednesday 8 February when the bar plays host to the Dirty Circus, for a free night of burlesque, cabaret, comedy and sauciness followed by a Traffic Light party in 44 night club.

If it’s something sweet you’re after, stick around on Friday morning to nab yourself an early-Valentine’s Day rose and a pack of rolos.

Aside from the fun and games, SHAG week provides students with important information surrounding sexual health. Student Union President Jimmy McGovern hopes that the week can give sexually active students a positive arena for discussing their sexual health, without feeling embarrassed or pressurised.

“We hope that our SHAG Week will encourage NUI Galway students to take a responsible attitude to their sexual health and to be comfortable talking about it,” he said.

“It is vital that such issues are not viewed as embarrassing and that all sexually active students are able to get tested regularly. Last year we secured funding for the free STI Clinic on campus and we encourage all NUI Galway students to use this great facility.”

The STI clinic will have extended hours throughout the week to encourage attendance and condom packs will be offered free around campus too.

The innovative exhibition of Tinder-style online dating profiles for STIs makes its return after its success last semester. The “STInder” exhibit uses humour and some shock tactics to highlight the symptoms associated with these STIs. The Students’ Union hopes the exhibit will encourage students to protect their sexual health and familiarise themselves with the symptoms associated with common and lesser known STIs.

The rates of STIs in Ireland is still greatest among the under 25 age bracket. There has been a steep increase in the number of Irish cases of reported sexually transmitted infections in 2016 compared with 2015. In 2016 reported Chlamydia cases rose to 6,901 (up 1.7%), Gonorrhoea cases showed a 51.8% increase to 1,964 cases and reported HIV cases were up by 5.8% to 513. Two lesser known STI’s Lymphogranuloma venereum and Trichomoniasis also saw a sharp rise of 47 reported cases (up 135% on 2015) and 83 reported cases (up 43%) respectively.

On Monday 6 February Galway Rape Crisis Centre hosted free disclosure training for students to increase awareness of the causes and effects of sexual violence and give participants an opportunity to practice scenarios involving a disclosure of sexual violence. This was attended by Connacht Rugby’s John Muldoon. There will also be free Smart Consent workshops on Thursday where students can explore what sexual consent means in a fun and safe environment. 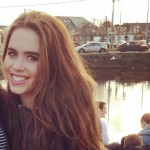